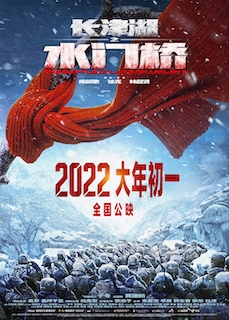 Following a strong January, which recorded an estimated $1.9 billion in global box office, up 94 percent year-on-year, the Chinese New Year holiday, which began February 1, delivered strong box office results for exhibitors, according to the London-based analytics firm Gower Street. The holiday week is reported to have delivered just over $940 million at the box office in China, the world’s top global market. While this is down 21 percent on the record haul taken in the 2021 holiday week it is ahead of 2019’s pre-pandemic numbers.

Business there was led by The Battle at Lake Changjin II ($395.5 million), the sequel to last year’s Golden Week hit which became the highest grossing film of all-time in China. A week ago, the Chinese box office in 2022 was tracking 30 percent behind the average of three pre-pandemic years (2017-2019). Now it is running 45 percent ahead of the three-year average. It is also now 128 percent ahead of the same point in 2021, however it should be noted that the Chinese New Year did not fall until February 12 last year.

But China was not alone in seeing business increase week-on-week. In fact, it was the rule not the exception across the 30 markets tracked in this report! The Domestic market enjoyed a 71 percent week-on-week increase, led by a $23.5 million opening for Jackass Forever. While Roland Emmerich’s big budget independent Moonfall disappointed in the U.S. ($10 million at number two), it scored top openings in a number of international markets, including Russia, Spain, UAE, Malaysia, Mexico, Brazil, Colombia, Panama, and Peru. In total it took $9.55 million from 45 international markets. 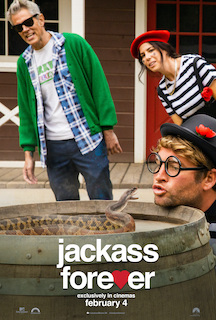 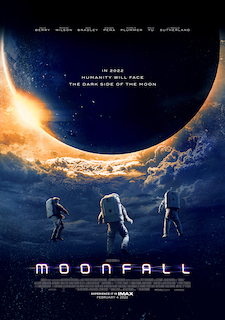 There were also good holds in Austria (-12 percent), UK/Ireland (-7 percent), Spain (-3 percent), and Brazil (-1 percent). While new titles are finally displacing it from the top spots in most markets Spiderman: No Wat Home continues to pull in strong business. Global box office now stands at $1.776 billion.

The market share of open cinemas currently stands at 89 percent, up from 84.4 percent the previous week. The Domestic market received a boost from the January 31 re-opening of key Canadian province Ontario, reaching 82.6 percent this past weekend up from 77.6 percent. Next week should see further gain following this week’s re-opening of Quebec (from Monday February 7). China, Asia Pacific (excluding China) and Latin America all also showed week-on-week expansion.

As of February 5, the global box office for 2022 stands at $2.92 billion, having added $1.1 billion in the past week thanks, primarily, to the Chinese New Year. This total is now 176 percent ahead of 2021 at the same stage (when many territories were in lockdown), while the deficit against the average of the three pre-pandemic years (2017-2019) has been reduced from 45 percent a week ago to 29 percent. The Domestic market is tracking 57 percent behind the three-year average; International (excluding China) is 46 percent behind.