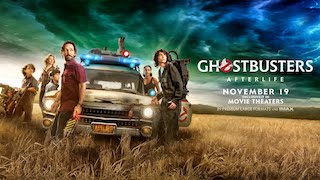 ScreenX will expand specially selected sequences of the film onto the left and right-side walls of the auditorium, surrounding audiences with extended imagery which naturally fills their peripheral vision.

CJ 4DPlex worked closely with Sony Pictures to ensure the highest quality presentation of the film and selected key scenes and exclusive imagery for the ScreenX versions.

The film will be available on more than 364 screens worldwide and more 64 screens in North America with Regal Cinemas, Cineplex, B&B, Cinepolis and CGV Cinemas.

Ghostbusters: Afterlife will feature more than 20 different motion and environmental effects enhancing the action and drawing audiences closer to the story on-screen.

"We are thrilled to continue the collaboration with our friends and partners at Sony Pictures as well as the filmmakers with the highly anticipated release of Ghostbusters: Afterlife in our ScreenX format," said Jongryul Kim, CEO, CJ 4DPlex.