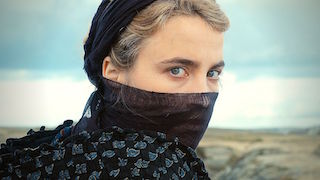 The Göteborg Film Festival’s video-on-demand platform Draken Film has launched a selection of newly released films in collaboration with leading Swedish distributors and is donating half of the revenues from new subscribers to independent Swedish art-house cinemas.

Jonas Holmberg, artistic director at the Göteborg Film Festival said, “The coronavirus is a tough blow to the film industry. Cinemas being empty and even closing down will affect everyone working with quality films, the consequences for the cinemas are likely to be devastating. It is now the cinemas need our and everyones support.”

The titles slated for release at Draken Film include Portait of a Lady on Fire by Céline Sciamma, A White, White Day by Hlynur Pálmason, Give Me Liberty by Kirill Mikhanovsky, The Percect Candidate by Haifaa al-Mansour and A Brother's Love by Mona Chokri. The films will be released in collaboration with some of the leading Swedish distributors.

The audience will be able watch art-house films at home while contributing to their local cinemas to still remain in business and to welcome them back when the crisis is over.

Each subscriber will decide for which cinema they want to support. During the first six months, half of the revenues will go directly to that specific cinema. By using Draken Film, the subscribers will support the film distributors as well, also severely affected by the current situation.