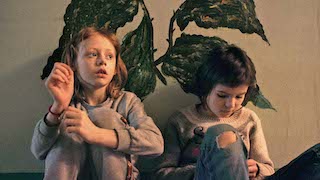 In support of Ukraine, the Göteborg Film Festival is teaming up with Story, Draken Film and Folkets Bio to host screenings of Simon Lereng Wilmont's festival winner A House made of Splinters, set in a children's home in Eastern Ukraine. The screenings will take place in cinemas throughout Sweden and online via Göteborg Film Festival’s streaming service, Draken Film. All money raised from the screenings will go in full to the organization Voices of Children in Ukraine.

Ukraine is one of the countries in which the fund was active. The festival has supported postproduction and the development of eight Ukrainian films through the Göteborg Film Fund. In recent days, Göteborg Film Festival has been in contact with the filmmakers supported by the fund, as well as colleagues who have worked in support of Ukrainian film. Several of the filmmakers have described their concern for their safety and efforts to get themselves and their footage to safe places. Others have taken up arms.

In 2021, Ukrainian film producer Olena Yershova worked as a correspondent in Ukraine for the Göteborg Film Fund. Here's what she wrote late on the night of January 27:

"Heavy, heavy bombing of Kyiv (bombs at childrens hospital Ohmatdet), Kharkiv, Vasylkiv (the oil base is in fire), Kherson region, Gostomil and other Ukrainian cities... A lot of film makers are in Kyiv, some of them took weapons like Oleg Sentsov and Maksim Kurochkin, some of them took their cameras. All of us believe that Ukraine is in a battle for civilisation, freedom, the motherland and European values. If we do not stop this monster – the monster will go further, so we are fighting for the future of the whole Europe. Thats why we hope that Europe and the USA will act and help more actively, before it is too late."

During the 2022 Göteborg Film Festival, Wilmont's film A House Made of Splinters received the Dragon Award for Best Nordic Documentary. Set in a children's home in Eastern Ukraine, the film is a heartbreaking yet hopeful documentary depicting a society strongly affected by the war in its vicinity. Simon Lereng Wilmont's last film The Distant Barking of Dogs was also praised as the best documentary at the Göteborg Film Festival in 2018 and is about Oleg and his grandmother Alexandra who lives at the front line of the war in Eastern Ukraine.

Wilmont urges the world to support the aid organization Voices of Children, which is working to help children and their families in war-torn Ukraine. Wilmont also worked closely with Voices of Children in the production of A House Made of Splinters.

"Both of my films takes place near the front line of the war in eastern Ukraine, so I spent roughly six years going back and forth,” said Wilmont. “I have [met] so many amazing people over these years and have made a lot of personal close friends from the region. It is absolutely horrible what Putin is doing to Ukraine and its people at the moment and I am especially concerned for all the children who are caught up in this terrible war. I therefore appeal and urge everyone to donate to the NGOs still working in the country. The Organisation Voices of Children who takes care of children suffering due to the war. I am personally donating to them, and I hope you will consider doing the same. Every little bit helps."

Göteborg Film Festival, production company Story, Folkets Bio (which distributes A House Made of Splinters in Sweden), Draken Film and a number of cinemas around Sweden are organising screenings of A House Made of Splinters in support of Voices of Children. Starting Friday 4 March, the screenings will take place in cinemas and online through Göteborg Film Festival’s streaming service Draken Film.

All money raised from the screenings will go in full to the Voices of Children. Göteborg Film Festival and Draken Film will also match all that money from the streamed Draken Film screenings by donating the same amount, and the festival encourages viewers to make additional donations. Right now, even small sums can make a big difference in Ukraine.