Is This the Future of Test Screenings? 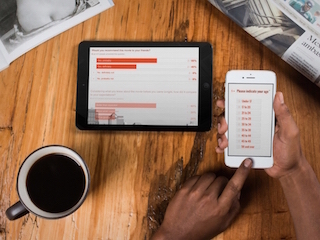 One of the most important phases of editing any movie is the test screening. Anyone who has ever worked on a film understands how different it can look when seen for the first time on a big screen. With his new service – Friends & Family Screening – Dan Clifton, producer of a dozen films including last year’s thriller Martyrs, believes he has the answer for test screenings in the digital era.

So much can be learned when an objective audience sees a movie for the first time. Cuts that were precise in the edit room suddenly look abrupt or slow. Scenes that were meant to scare and are somehow laughable. But, screenings can be expensive, cumbersome and time consuming. According to the Friends & Family website, “Test screenings have always been an important part of the post-production process. However, until now, filmmakers had limited options: either pay an expensive service $11,000-20,000 to conduct them, or to do small screenings entirely on their own, by hand.”

Working with his production partner David Brooks under their Cliffbrook Films label, along with his work for The Safran Company, Clifton has produced a dozen independent films. I spoke via email with Clifton recently about Friends & Family.

Friends & Family is an online service that allows filmmakers to conduct recruited audience screenings digitally across a variety of mobile platforms, getting results instantly when they leave the theater. We help directors and producers craft specific questionnaires for their projects, then manage a system where they can distribute the questions to an audience simply yet effectively, and get near immediate feedback. Our aim is to provide both independent and studio producers with a more effective way of collecting data on their films and audience demographics, all for a fraction of the cost some of the larger research films currently charge.

How long has Friends & Family been in business?

We launched in July so we're relatively new in the grand scheme of things.

Where did you get the idea for Friends & Family? 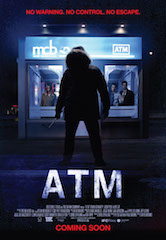 I've produced twelve independent films over the past seven years and have probably done at least two to three Friends & Family screenings per film. This is what everyone calls them and we officially adopted the name. Every single time, we'd gather 30-50 friends and use the traditional system of pens and paper with audiences. It always felt like we were missing an opportunity to be more precise with what we were doing.

With small sample sizes, one or two missed questions or inaccuracies can lead to skewed results on plot points, pace and key scenes. With digital forms you can make certain questions mandatory and really hone in on specifics, leading to better and more effective data.

Those early screenings are so important for your film and often times, you're relying on scribbled answers and generic questions. The Friends & Family service is very new but the genesis for the idea came from the need for better info and feedback analysis on our own films. It started out as a pet project but has grown as more producers discovered how useful it is on their small projects.

How many screenings has Friends & Family assisted to date?

We've helped nearly 15 films to date and expect several return clients. We're growing every week. One of our goals is to work with filmmakers throughout post, consulting on how to ask more effective questions from one screening to the next. We also have a system in place where producers can take a $3 million horror/thriller they just screened and compare the results to a film of similar size/content across the industry from our database. We keep comps films anonymous outside of their genre and size.

Give some examples of films you’ve helped.

We can't share specifics due to our privacy agreements with filmmakers but I can say that we've done screenings for or are in the process of working on films that range from those with a true micro-budget of $350,000 to larger independent films of $10 million.

As a producer, I always try to maintain that no matter what the budget, it is so important to put my films in front of audiences early and Friends & Family wants to help with that. You can learn so much from just seeing the reaction of audience to your first cut. And it's never the same or what you expect. Once you combine that with our platform of customized digital questions, filmmakers are able to learn a ton about what's working and what's not with their film much earlier in the process.

Describe Friends & Family's pricing and how your service works.

We offer a free trial, which allows any filmmaker to do a screening with a basic card that is effective but mostly generic and not customizable. It's a good way of getting to know how the system works.

For $499, we offer the service of building and consulting on a custom card to fit your specific film. We then help you send that off to your audience and create reports that include answers to multiple choice questions and short answer questions.

They key here is that with our Pro Account, you're getting a form that is specifically designed to ask the right questions to help improve your film and the questions are unlimited. We also offer ways to pre-screen audience and find out what demographic is coming to your screening beforehand. Beyond that we can secure theaters for producers and have been experimenting with recruiting small audiences.

Do you just host screenings in LA or do you host them around the country? Have you done any international efforts to date?

What’s next for Friends & Family?

Just expanding our reach, really.  We're in talks with several larger companies to do partnerships to cover all the films they currently have in post-production. That said, I really want to be able to offer this service to any filmmaker, no matter how small their budget. We offer free trials and discounts for micro-budget films and/or first time filmmakers.