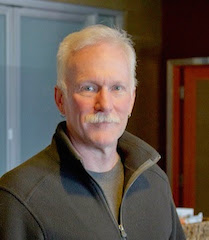 Rae arrives at FuseFX with more than 30 years of visual effects and production experience. His credits as Visual Effects Supervisor include the feature films The Tourist, Apocalypto, and The Passion of the Christ as well as the television series You Wish, Stargate SG-1 and Babylon 5. He earned his Primetime Emmy nomination for the Stargate SG-1 pilot and a BAFTA nomination for his work on Beetlejuice.  He also has wide experience as an on-set supervisor, cinematographer and 2nd unit director.

“Ted brings diverse skills and a history of delivering excellence,” said FuseFX founder and Visual Effects Supervisor David Altenau. “His experiences on the set and behind the camera are great assets that add to the overall depth of our team. We’re excited to have him.”

Rae began his career as an animation cameraman at Roger Corman’s New World Pictures. His early experience included work in makeup effects, stop motion, models and miniatures for such classic genre titles as Beetlejuice, The Terminator and Night of the Creeps. In recent years, he has balanced VFX supervision assignments on features and television with high-end television commercials.

Rae says that he was attracted to FuseFX by their reputation for quality and having the resources to manage multiple large-scale projects simultaneously. “I was very impressed with their work, and intrigued by a level of organization that can so effectively allocate resources toward making great shots,” he observes.

He adds that his experience to date on Scorpion and Stalker has exceeded his expectations. “The lead compositors on these shows, Renaud Talon and Andrey Drogobetski, are two of the fastest, most amazingly adept and talented artists I’ve ever had the opportunity to work with,” he says.  “Their skills make it possible to quickly push past merely getting shots to work, so we can move on to the goal of making them as good as they can be.”

Rae notes that he hopes his background in cinematography can help FuseFX grow its capabilities into being able to shoot their own VFX elements and inserts.