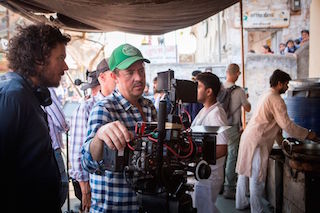 Greig Fraser, ASC, won the coveted Theatrical Award for best cinematography in a motion picture for Lion at the 31st Annual American Society of Cinematographers Awards for Outstanding Achievement. The ASC Spotlight Award went to Gorka Gómez Andreu, AEC, for House of Others. Winners in the TV categories included Fabian Wagner, BSC for Game of Thrones, Tod Campbell for Mr. Robot and Igor Martinovic for The Night Of.

All recipients were first-time winners. Wagner was previously nominated for episodes of Game of Thrones in 2016 and 2015.

The ASC Board of Governors Award was presented to Denzel Washington (Fences, Glory, Training Day) by Samuel L. Jackson for his significant and indelible contributions to cinema through his body of work. It is the only ASC Award not given to a cinematographer, and is reserved for filmmakers who have been champions for directors of photography and the visual art form.

The ASC Lifetime Achievement Award was given to Ed Lachman, ASC (Carol, Far from Heaven, Mildred Pierce) and presented by director and frequent collaborator Todd Haynes.

The ASC Career Achievement in Television Award was presented to Ron Garcia, ASC (Murder in the Heartland, The Day Lincoln was Shot) by Steven Poster, ASC.

Nancy Schreiber, ASC (Your Friends and Neighbors, The Nines, The Comeback, The Family, Better Things) received the ASC Presidents Award from James Chressanthis, ASC, GSC. This award is given not only for the recipient’s body of work, but dedication to the organization and its mission of advancing the art of cinematography through education.

The ASC Bud Stone Award of Distinction was given to Bruce Berke, longtime motion picture marketing and sales executive and ASC Awards show director, and Frank Kay, marketing director at J.L. Fisher and chairman of the ASC Awards Sponsorship Committee. This award is presented to an ASC Associate Member who has demonstrated extraordinary service to the society and/or has made a significant contribution to the motion picture industry.