Fraser Relied on Outsight for Rogue One 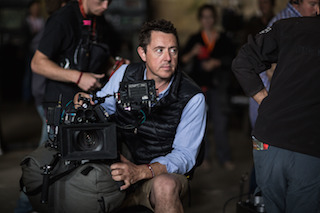 Award-winning cinematographer Greig Fraser, ASC, ACS, relied on the Creamsource Sky, a water resistant five-color 1200W LED light system from Outsight for Lucasfilm’s Rogue One: A Star Wars Story. “Creamsource Sky is just so flexible and renders colors amazingly,” said Fraser. “I am obsessed with the technical, and Creamsource Sky produces really great skin tones. That can be a benefit and a curse when having to mix Sky with lights from other manufacturers, so I use a single brand of lighting for each source — one for skylight, one for a window, and another for facial lighting.”

For Rogue One, Fraser relied on Sky’s ability to be used in all weather conditions, finding it especially useful for the raining stage shots depicting Eadu, a storm-stricken world and Imperial terra-forming operation in the Outer Rim Territories. “We had Sky rigged in the ceiling for weeks while it was raining. It’s just amazing that we can do that,” said Fraser. In addition, Creamsource Sky delivers high power output with full creative control and repeatable, calibrated color that helps users craft emotion. 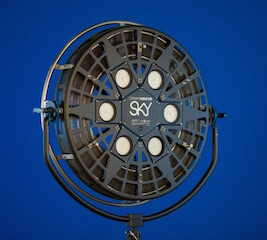 Fraser first discovered Outsight LED lighting many years ago while in Sydney doing a US television commercial for Old Navy, during the very early days of LED lighting. “My gaffer brought in an original 2x1 Creamsource, and we were amazed by how much power they had,” said Fraser. “We were so impressed that we both bought one head each. Fast forward to more jobs and I saw the technology evolve to portable battery power, making lights faster and more powerful, and lights I could gel.

“I now have four 2x1 and two 1x1 Creamsource lights in my kit that have just been upgraded to the fourth generation with new LED boards for better color, more output and higher CRI,” added Fraser. “Being able to buy these lights as a younger DP meant that I could own and have control of my lighting, without relying on whatever a rental house could provide.”

In addition to his film work, Fraser just completed a commercial for Budweiser and is scheduled to shoot a Ford spot this month, using his own Outsight kit for both. 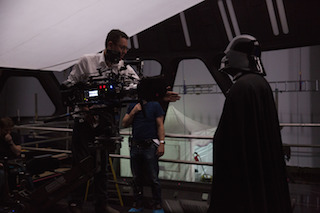 “They allow you to decide on the cover seconds before shooting, which is fantastic if you can’t pre-light,” said Fraser. “You save time and money, going quickly from creative to a stage full of hung lights, knowing how much color and correction you need. With tungsten, if you dim it, you need to know exactly what stops for the color you want to capture. On big films, you can do testing and pre-light a week in advance. With Outsight LEDs, I can pre-light in an hour with flexibility and control of all parameters — plus do instant trial and error for warmth. You just can't do that with tungsten — it takes days and weeks. Now it’s just flicking a switch — it’s game changing.”

“As a pioneer in film and television lighting, we’ve designed our LED lights to be both beautiful and tough,” said Tama Berkeljon, managing director, Outsight.  “DPs around the world are discovering that our Creamsource lights are built for the creativity that is needed on set or on location, with repeatable results.”