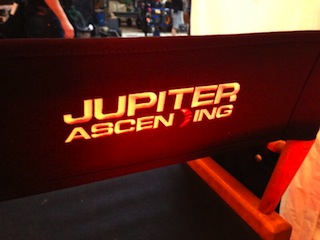 Framestore used 16 Vicon T40 cameras on the pre-visualisation for space scenes in Gravity. Framestore integrated the cameras with Blade – Vicon’s data capture and data processing system – to help create complex and extremely realistic visual effects.  They will also use the cameras for pre-vis on the upcoming film Jupiter Ascending.

“The pinpoint accuracy of today’s motion capture cameras have given directors the confidence that they can now deliver on their creative vision,” said Imogen Moorhouse, CEO, Vicon.

As film critic Mark Hughes said in a Gravity review for Forbes, “You’ve never seen anything like the visual experience of this film. It’s akin to the visual effects leaps represented by 2001: A Space Odyssey, Star Wars and Avatar. So realistic and breathtaking, in fact, that you’ll forget you’re watching special effects, and feel as if the movie were actually shot in space.”

“This was Framestore’s most ambitious project to date and involved working with world class actors. So the motion capture had to be in the same league, with to-the-point accuracy and the best post-processing flexibility. Equally, it was important that the crew was familiar with the technology and it would work exactly as expected. The Vicon cameras enabled outstanding clarity and realism in an unfamiliar environment, making the unknown appear familiar and believable,” said Ben Guthrie, motion capture supervisor at Framestore.

Moorhouse said, “It’s great to see the extraordinary results that have been achieved by Framestore using Vicon technology. They should be truly proud of their work on Gravity and we are delighted that they will be using our system on another hotly anticipated sci-fi film, Jupiter Ascending.”