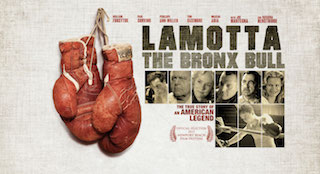 The Long Beach International Film Festival will be celebrating its fourth anniversary as they bring a fresh line up of exciting films from around the world to Long Island. Taking place September 24-27th primarily in the City of Long Beach, New York the event will once again branch off into Rockville Centre as well. There are also three new screening venues to expand its film programming, along with filmmaker’s lounges and after parties at local restaurants and hotels. The September 24 opening night at Madison Theatre at Molloy College features Lamotta: The Bronx Bull, a feature film from director Martin Guigui starring William Forsythe, Paul Sorvino, Joe Mantegna and Tom Sizemore exploring the tumultuous life of boxer Jake LaMotta.

There will be sports figures in attendance from the boxing community such as Chris Algieri, Seanie Monahan and Burt Young.

One of this years exclusive film and music events will take place September 26th as hip-hop artist and political activist Talib Kweli will be on hand for a concert film screening and Q&A in The Madison Theatre at Molloy College. This year the festival has added a new category, The Joan Jett Music in Film Series in honor of longtime supporter Joan Jett's involvement in the Festival and as an homage to her induction into The Rock and Roll Hall of Fame earlier this year.

Other films in the Joan Jett Music Film Series include All in Time, Landfill Harmonic and Lee’s 88 Keys – a feature documentary that shares the story of 2015 Jazz Hero Award Winner, composer and pianist Lee Shaw. Shaw lived a diverse, accomplished, and charmed life but struggled with being a woman in a male dominated field throughout her career.

Nassau County Executive Ed Mangano said, “The Long Beach International Film Festival continues to provide an opportunity for filmmakers to come and see the types of filming locations Nassau County has to offer. Whether it’s our beaches, mansions, suburban areas and, of course, Gold Coast Studios and Grumman Studios, Nassau County is becoming the Hollywood East of the film and television production industry.”

Over 4,000 people came out to support the festival’s Taste on the Beach and Shorts on the Beach August 7th, which offered a preview of films and cuisine that September’s event will bring. LBIFF is ramping up for its premiere events, films, industry panels, red carpets, and parties September 24th-27th.

"I am honored to be a part of this film festival and very proud to host parts of it in my Village of Rockville Centre. Special thanks to Nassau County Executive Ed Mangano, and co-founders of the festival Craig Weintraub and Ingrid Dodd for this spectacular film festival. Glad to be there with my partner in government Assemblyman Brian Curran, who represents our Village of Rockville Centre as part of the 21st Assembly District," said Mayor Francis X. Murray.

The festival will include screenings of films in the Long Beach Cinema 3 and 4 and at the Madison Theatre at Molloy College. Organizers are also building a movie theatre inside the Long Beach Hotel with seating for up to 200 people. Additionally, the LBIFF Filmmakers Lounges will offer food and beverage from sponsors and local restaurants where festival pass holders can mingle with industry professionals. 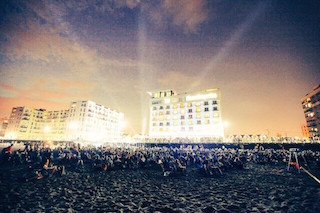 "We feel the official selections of 2015 are a representation of how film artists and our community can come together and experience the magic of how movies change the way we see the world," began Ingrid Dodd, festival co-founder. "It’s not just about the red carpet glamour and glitz, we want to embrace everyone, and let people know there is something here for everyone, and for all of us to share in the experience whether it’s all four days or just one movie".

LBIFF co-founder Craig Weintraub continued, "We’re proud of the wide spectrum of films we have from animation and comedy, action sports and romance, award-winning foreign shorts and studio sneak previews while also creating a dialogue around important issues in our films such as breast cancer, the environment and mental health.”

Movie lovers can attend all four full days with pass purchases or single screenings with an enormous roster of over 80 films, including feature-length narrative, documentary, short and animated movies from around the world. These films will be competing for a series of Audience Awards, Jury, and Festival Honors.

"The Long Beach International Film Festival has become an incredible Long Beach summer staple," said Long Beach City Councilman Anthony Eramo. "Ingrid and Craig do an amazing job putting it all together, and it just gets better every year.”

The winner of Best Feature Film will receive one complementary studio day at Grumman Studios in Bethpage, New York along with the services of a colorist from Technicolor to assist in any future projects.

“The Long Beach Hotel is thrilled to be a part of such an exciting event! The past few years have brought movie lovers to our little beach town, and we can't wait to see the enthusiasm first hand,” said Jackie Salorio, Sales and Events Manager at Long Beach Hotel.