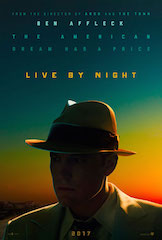 “The vivid image and immersive sound that only Dolby Cinema can offer is uniquely showcased in this diverse slate of highly anticipated titles leading into 2017,” said Doug Darrow, senior vice president, cinema business group, Dolby Laboratories. “With Hollywood’s leading studios and creatives, Dolby will continue to deliver an assortment of titles to audiences around the world.”

Jennifer Lawrence (Aurora) and Chris Pratt (Jim) star in Passengers, an exciting action-thriller about two strangers who are on a 120-year journey to another planet when their hibernation pods wake them 90 years too early.  Jim and Aurora are forced to unravel the mystery behind the malfunction as the ship teeters on the brink of collapse, jeopardizing the lives of the passengers on the greatest mass migration in human history.  Directed by Morten Tyldum.  Produced by Neal H. Moritz, Stephen Hamel, Michael Maher, and Ori Marmur.  Written by Jon Spaihts.  Dolby Cinema will truly immerse audiences in the intimate story of Passengers, making them feel like they are on the spaceship, experiencing the emotions and feelings of Aurora and Jim on their epic adventure.

“When I first experienced Dolby Vision, I saw details the camera captured but had never been able to see before on screen, which is a game changer for me as a director,” said Ben Affleck. “Live by Night is shot and scored in a way that will truly be appreciated by the audience when experienced in Dolby Cinema with Dolby Vision and Dolby Atmos sound.”

An adaptation of Dennis Lehane‘s 2012 crime novel of the same name, Warner Bros.’ Live by Night, directed adapted, and produced by and starring Academy Award winner Affleck, tells the story of Joe Coughlin, a WWI vet and self-proclaimed anti-establishment outlaw, despite being the son of the Boston Police Deputy Superintendent.  Joe’s not all bad, though; in fact, he’s not really bad enough for the life he’s chosen.  Unlike the gangsters he refuses to work for, he has a sense of justice and an open heart, and both work against him, leaving him vulnerable time and again—in business and in love.  Driven by a need to right the wrongs committed against him and those close to him, Joe heads down a risky path that goes against his upbringing and his own moral code.  Leaving the cold, Boston winter behind, he and his reckless crew turn up the heat in Tampa. And while revenge may taste sweeter than the molasses that infuses every drop of illegal rum he runs, Joe will learn that it comes at a price. 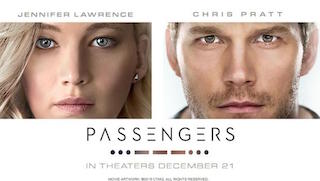 Focus Features’ The Coldest City, starring Charlize Theron and James McAvoy—and based on the graphic novel by Antony Johnston and illustrator Sam Hart—is a high-stakes, global action-thriller that takes place in the city of Berlin, on the eve of the Wall’s collapse and the shifting of superpower alliances. Theron portrays Lorraine Broughton, a top-level spy for MI6, who is dispatched to Berlin to take down a ruthless espionage ring that has just killed an undercover agent for reasons unknown. She is ordered to cooperate with Berlin station chief David Percival (McAvoy), and the two form an uneasy alliance, unleashing their full arsenal of skills in pursuing a threat that jeopardizes the West’s entire intelligence operation. The movie is directed by David Leitch (John Wick) and written by Kurt Johnstad (300).

To date, 64 Dolby Cinema titles have been released or announced.