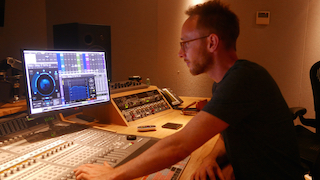 Fonic, a full-service audio post-production facility based in Shoreditch, East London, has Nugen Audio’s Halo Upmix plug-in to provide up-mixing for a range of television and cinema productions.

"Increasingly, we're required to deliver broadcast projects in 5.1 surround audio, but most music composers still produce audio tracks in stereo. In order to keep to tight delivery schedules, we need to be able to create surround mixes quickly and easily without degrading the sound quality," said J.M. Finch, dubbing mixer, Fonic. "Compared to other tools we've worked with, Halo Upmix is truly unique in its ability to produce both a high-quality and great-sounding 5.1 up-mix and a down-mix that sounds almost identical to the original stereo source. Plus, the tool's highly intuitive user interface and extensive manual controls make up-mixing fast and easy." 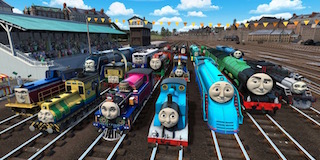 Recently, Fonic has used Halo Upmix for two high-profile projects — Thomas and Friends: The Great Race, a 60-minute animated film just released in May; and To Build a Fire, a film based on a short story by Jack London. The common thread on both of these projects was the outstanding musical track, originally mastered in stereo. With Halo Upmix, Fonic was able to produce a 5.1 upmix of the music that was almost 100 percent true to the sound of the original mix.

In addition to Halo Upmix, Fonic uses Nugen Audio's VisLM-H2 plug-in for loudness metering and monitoring, ISL 2 for reliable true-peak limiting, and LM-Correct 2 to make quick fixes for easy loudness compliance. Together with Halo Upmix, these Nugen Audio plug-ins are instrumental in Fonic's audio workflows — not just for TV projects, many of which are now subject to international loudness regulations, but also for online and film productions. In addition, Fonic is exploring the use of Nugen Audio's new 9.1 extension for Halo Upmix, which will expand its capabilities to 9.1 up-mixing with overhead positioning.

"Our partnership with Nugen Audio is very important to our operation," Finch said. "The ironclad quality and reliability of their solutions is something we can count on; in fact, to this day, we have not had to call on the Nugen Audio support team. That says a lot about the build of the plug-ins and the rigorous testing that goes into each one."

"Fonic has been offering some of London's finest audio post-production services since 2004, with a culture of providing creative sound by people who care. That's an ethos that we share at Nugen Audio; therefore we feel especially privileged that Fonic Post has chosen our loudness and upmix solutions," said Jon Schorah, founder and creative director, Nugen Audio.