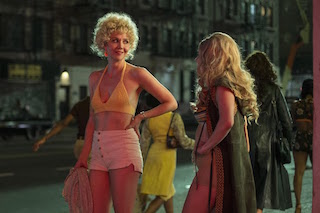 The Deuce, the new drama from HBO and executive producers David Simon and George Pelecanos, is set in 1970s New York City where prostitution and crime were rampant, and the modern adult entertainment industry was just coming into its own. Bold, brash and visually intoxicating, the series finished natively in high dynamic range at Technicolor PostWorks New York. To grade the project, colorist Sam Daley collaborated with director of photography Vanja Černjul.

“I wanted our 1970s New York to look as real as possible,” he said. “I was intimately familiar with a lot of films that were shot in New York at that time—it was probably the most amazing period in American cinema—but I didn’t want to simulate the period lighting style. I wanted to make it seem as though we were actually in the 1970s, capturing that world with modern technology. I wanted to erase the media filter that we have when we watch those classic films.” 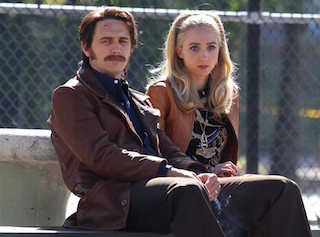 Černjul chose to work with Panasonic’s VariCam 35 for principal photography as its super35mm MOS sensor minimized the need for artificial lighting. “I wanted a shooting style with the greatest mobility,” he said. “We needed to move quickly as we sometimes were shooting two or three locations in a day. The sensor of the VariCam helped with that as it allowed us to work with available light. If we walked into a restaurant that was lit by candlelight, we could shoot it like that.”

During pre-production, Černjul worked with Daley on camera tests to establish a preliminary look. For the sake of consistency, they chose an image texture similar to what had been established in the pilot. “For the pilot, Pepe and I created a film-print emulation LUT,” said Daley. “It gave the digital photography the feel of a dye-based motion picture print. To complement that, we used Livegrain, which generates a filmic grain pattern based on the unique exposure of each scene.

“For the series, Vanja and I modified the LUT to accommodate the VariCam. We again used Livegrain, but we did so a bit more aggressively. VariCam captures a very clean image and we wanted something a bit grittier.”

The decision to finish in HDR also occurred as the show moved from pilot to series. Although the show will initially air in standard dynamic range, the HDR masters promise an enhanced viewing experience when the technology reaches more households.

Daley noted that, even as the show moved to an HDR workflow, they continued to employ the LUT they developed when they were expecting a conventional HD finish as the lighting and other creative decisions had been based on that look. “We treated the existing LUT like a film print being remastered in HDR,” Daley said. “We embraced the brightness of the new format, but we exercised restraint. The look pops where it needs to, but doesn't distract from the story.” 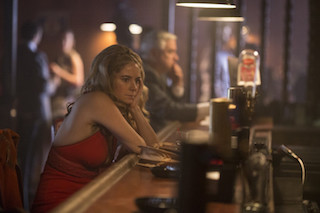 “We had to redo the process we went through in pre-production. It took some experimentation to get it right.”

Daley says that the extra time and effort proved worthwhile and are evident in the results. “The colors are like characters. We have a lot of dark, grainy, contrasty images, but there is real beauty in the period hues, even when they are slightly askew. They provide a glimmer of optimism in an otherwise bleak world. People who get to see the HDR version are in for a treat. The scenes on 42nd Street, with the marquees, neon and flashing lights... it's like you're looking through a window into 1971.”

Černjul was similarly impressed with the quality of the HDR master and with how smoothly the process was managed by Daley and Technicolor PostWorks. “It’s very important to me to have a good rapport with the colorist,” he said. “I worked closely with Sam throughout production and we learned a lot together about the HDR format. I hope we can do it again very soon.”