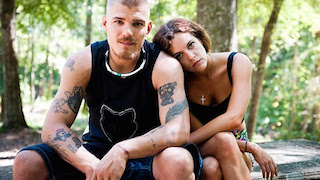 Released theatrically this month by IFC Features, Dixieland drew sparkling reviews in the wake of its premiere at this year’s Tribeca Film Festival, for its taut narrative, brilliant performances, and moody evocation of the impoverished rural South.

The film explores themes of obsessive love and how poverty can force people into a life of crime. It stars Chris Zylka (The Leftovers) and Riley Keough (Mad Max: Fury Road) in the story of an ex con and a stripper who become embroiled in a deepening criminal plot. Country music stars Faith Hill and Steve Earle co-star. The film was shot in Jackson and Pearl, Mississippi. 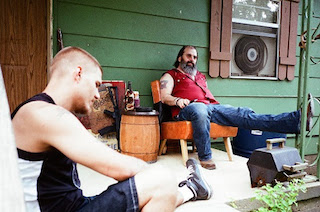 Raffaele worked with Datum to refine a look whose rich color palette was inspired by Kodachrome photography. “Hank and Tobias wanted to preserve the gritty texture of the film,” Raffaele recalls. “Our approach was not to make it look ‘perfect,’ but to bring out qualities that were already there in the imagery.”

The understated look was a good complement to Datum’s tightly framed, hand-held camerawork. “It’s beautifully shot,” notes Raffaele, comparing the aesthetic to the experimental dramas of director Terrence Malick. “Tobias did a great job of capturing moments in unusual ways in order to build emotion and drive the narrative.”

Intercut with the main story are short interview segments with five local people who speak directly to the camera about their lives. “We kept the interviews very authentic,” says Raffaele, “so that they contrast with principal scenes and add another layer of emotional texture.”

The interviews add to the naturalistic, almost documentary feel of the film. “We were under a tight deadline to finish the film for festivals, but I had a lot of fun working with Hank and Tobias to get it right,” Raffaele says. “Dixieland tells a powerful story and paints a portrait of a part of the South—not far from where Hank grew up—in a way that’s commanding and real.”