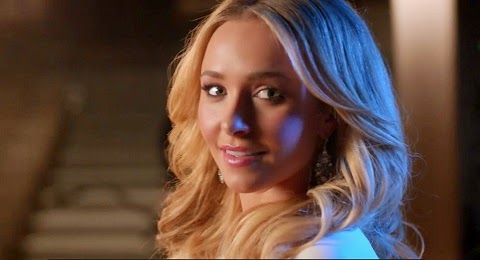 Matt Egan has directed Nashville star Hayden Panettiere in a new commercial for Belk that is part of the fashion brand’s Modern Southern Music campaign. Filmworkers provided post-production services for the glamorous commercial, produced by Coin-Operated Films, which captures the actress arriving on location at the newly-renovated Country Music Hall of Fame for an evening shoot.

The spot evokes the Southern lifestyle and Nashville’s connection to country music, new and old, with plenty of panache. Egan took advantage of the ebullient architecture that has recently sprung up in the city’s downtown, including the sprawling Music City Center, to create spectacular nighttime vistas. “We wanted to capitalize on Hayden’s star power through a day-in-the-life story that has a dreamlike feel,” said Egan.

Director of photography Vance Burberry’s fluid cinematography accentuated the dreamlike quality, which was enhanced by subtle slow motion effects (that draw attention to elements of Panettiere’s wardrobe), a pulsating editorial rhythm and an upbeat score. A heart-shaped graphic recurs throughout the spot to underscore Panettiere’s love for the Belk brand.

Egan relished the opportunity to direct Panettiere, who recently earned a Golden Globe nomination for her role in Nashville. “She’s a total pro and a great collaborator,” he said. “The camera loves her; the hardest part of the job was deciding which were our favorite takes.”

Egan supervised editorial, performed by Coin-Operated Films’ Charles Newberry, and final post work completed at Filmworkers. Senior colorist Fred Keller used a Baselight color grading system to polish the final look. “For Belk, we like to pump the color and create a warm feel with rich skin tones,” said Keller. “The images in this spot are especially deep and dramatic, and we emphasized that with lots of contrast. When Hayden walks out on stage, it really pops.”