A Fantastic Way of Working Emmerich agrees. “The Codex Recorders did what every tool should do: perform so flawlessly that we forget it’s there,” says the director. During the six-week prep period, the filmmakers discussed their desire to create visuals different from what might be expected in an action film.

“White House Down has extensive visual effects, but the story is more contained than Roland’s previous action epics,” says Foerster. “It’s more grounded in a single building, and it’s limited to a handful of people. There’s a lot of physical action – running, shooting, fighting. You have the sense that this could happen in real life. The physicality of it exceeded anything I’ve done before.”

That physicality was a major factor in the decision to shoot Alexa. “We knew we’d have a lot of quick movement, and a lot of Steadicam,” she says. “We liked the size and balance of the Alexa with onboard Codex. Of course, we compared the look as well – I’m a true believer that the camera is a canvas, and you must choose the right one for whatever project you’re doing. All the numbers and metrics are important, but in the end, you have to go with what feels right for your eye and your impression of the script.”

The story unfolds over the course of a single morning. The look is an interpretation of reality. Light kicks off of cold stone floors. Daylight is mixed with tungsten-balanced interior lighting. Except for a few Washington DC aerials and a small second unit, the movie was shot on stages in Montreal. 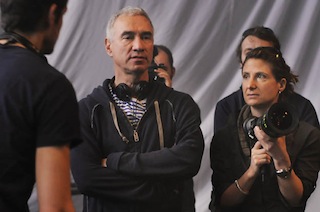 “It’s not a slick action movie,” Foerster says. “There is a naturalism about it. It’s a bit darker and more contrasty than most films that take place in the White House. We blasted light through windows, and people walk through harsh light and shadow. At first, the White House is a bit heightened and glamorous for the cop and his daughter – it’s like a dream come true. Once the attack begins, it becomes a little bit more brutal and unforgiving.”

A major portion of the film was done with an Arri lightweight zoom lens and Fujinon Premier lenses were also used extensively. The zooms were usually used on the wider end to emphasize the surroundings. “It gives you the opportunity to show action in one setup,” says Foerster. “Of course, that makes lighting a bit more tricky.”

Foerster says that Codex was a given. The Codex recorded images in ArriRaw format, and SxS cards simultaneously recorded ProRes 444 images as a backup and to capture metadata for visual effects. There was no color correction on the set. During prep, Foerster created one main LUT, and two secondary LUTs that differed only in terms of exposure. She controlled color and contrast mainly through lighting on the set, and occasional adjustment of color temperature on the camera itself.

“Color correction on the set can be dangerous, because you’re spending time tweaking things in a tent instead of lighting on the set,” she says. “I need to be on the set with the actors, the operators and the director. That’s how you understand what’s going on, and see what’s happening next so you can stay out in front of it. Roland is a very fluid thinker, and you need to be there if you want to collaborate.” 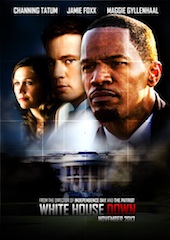 DIT Julie Garceau says that the workflow was designed to integrate all departments, including camera, data management, Technicolor, and eventually, editorial. “Bringing communication to the forefront brought a follow-up and additional quality control on all aspects of the process,” Garceau says. “The Codex and SxS ProRes both use the same naming structure, so it was an easy retrace.”

On the stages in Montreal, a fibreoptic link connected Garceau’s data station with the SAN at the Technicolor offices, cutting down on transfer time and ensuring copies of the data in two separate secure sites. On location, shuttle drives were used. Reports were consolidated to cloud storage for easy access. Images were monitored and QC’d at several stages to ensure integrity.

“The Codex 512Gb Datapacks worked perfectly,” says Garceau. “We never have any problems. The product is rugged and dependable, and Codex is always improving it.

At the Digital Intermediate, done with Steve Bowen at Sony Colorworks, Foerster is essentially matching and fine-tuning. “We shot with a bit of extra saturation, and now we’re desaturating it a bit,” she says. “It’s pretty bold in terms of contrast, light and dark.”

Looking back on the shoot, Foerster says that the Codex recorders allowed her to focus on the artistic aspects of her job. “The Codex is a well-designed tool,” she says. “You don’t need to worry about it. It’s peace of mind. Technology should not clog your mind with technical information. I would recommend it to anyone.”