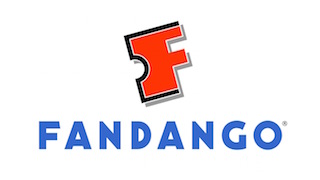 In the first half of 2016, Fandango will also introduce more original content to NCM’s FirstLook program, including its award-winning Fandango Movieclips video series, Reel Kids, hosted by comedian Dan Perrault. Reel Kids is a short form series where kids provide their honest and often humorous feelings on theatrical movies.

As part of the relationship, Fandango will provide NCM with select sets of aggregated moviegoer data from various films. NCM will integrate these film specific insights along with other premium data sources as part of an overall integrated data solution to more effectively identify moviegoer segments for improved audience targetability.

“We want to super serve moviegoers anytime and anyplace with engaging movie information and video content,” said Fandango president, Paul Yanover. “So it was natural for us to team up with NCM, whose FirstLook in-theater program is enjoyed by millions and is a great distribution platform for Fandango’s video content.”

“We look forward to working with NCM to deliver exciting new programming to moviegoers, and are happy that our new data relationship can help ensure that the right content and advertising reaches relevant audiences,” added Yanover.

“Fandango is a top provider of original content for movie fans, so this relationship is a natural fit,” said Cliff Marks, president of sales and marketing for NCM. “Their insights into moviegoer behavior will be a key piece of movie audience data that will be added to our growing data and targeting capabilities platform, as we look to better serve our in-theater audiences and marketing partners with timely, targeted and relevant content and messaging.”