Exploring the Bonds of Twins 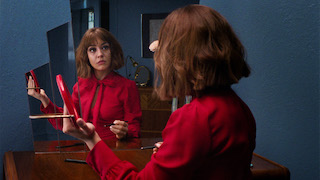 Erin Vassilopoulos’ directorial feature debut, Superior, is having its world premiere in the U.S. Dramatic Competition at this year’s Sundance Film Festival. Superior was inspired by a short film of the same name that she wrote and directed in 2015 when she was working on her MFA from New York University’s Tisch School of the Arts. While both films explore the relationship of identical twins and feature the same actresses, they tell very different stories. In the feature length version, when Marian is on the run, she goes to the only place she knows is safe: her childhood home. She is greeted by her estranged sister, Vivian, a stay-at-home housewife struggling to conceive and on the verge of a failing marriage. Though the two are identical twins, they live opposite lives. Marian’s mysterious return disrupts Vivian’s small-town routine, and the sisters must learn to reconnect and reconcile. When Marian's haunting past finally catches up to her, their separate worlds collide, catapulting both sisters into grave danger. I spoke with Vassilopoulos by email during the Festival. Our conversation began with what it was about twins that captured her imagination as a storyteller.

Digital Cinema Report: I think many people would agree with me when I say I’ve always been fascinated by the idea of twins. They really do always seem to have a special bond that goes beyond being siblings. Another thing I’ve noticed with the twins I’ve known is that the first time I meet them I think there’s no way to ever tell them apart. But after a time, I realize how very different in appearance they really are. What first appealed to you about the idea of twins? 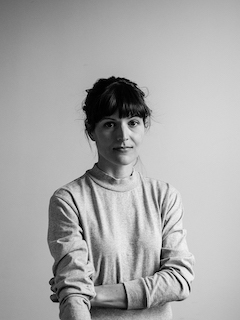 Erin Vassilopoulos: Two of my best friends growing up were fraternal twin sisters. I have an older brother who I’m close with now, but I think at the time I was always a little envious of their relationship. It seemed so great to always have a best friend around, someone who knows you better than anyone. At the same time, I also saw how that could be a source of friction. So, their relationship was definitely inspiration for the short, although the characters and world of the short are much more stylized. With identical twins I think the mirrored looks adds an even greater layer of complexity to the relationship that for me provided a path to a lot of interesting questions about identity, dependency versus independence, family and belonging. But you’re absolutely right. As soon as I got to know Ani and Alessandra Mesa, I never mistook them for one another again. They’re very close, but completely different personalities. I think there was only one moment during the feature shoot where I momentarily couldn’t tell them apart because of their costumes and hair and makeup—they looked completely identical and very different from either of themselves.

DCR: Did you meet the Mesa sisters through a casting call? I ask because if that was the case, I wonder what set them apart for you as actors.

EV: Yes. I had written this short film about identical twin sisters and then realized I had to find identical twin sisters who could both act. It never even occurred to me to try and make the short with only one actress—I needed to find twin sisters. So, I put out some casting calls to acting studios around New York City and also online. Ani and Alessandra were both studying acting at the time and one of their professors saw a flier I had posted and encouraged them to reach out, which is how we first met. I remember having some other brief email exchanges with one or two other sets of twins, but after meeting Ani and Alessandra in person I knew I wanted to work with them. We immediately clicked and, leading up to the shoot, we also got to do film some directing exercises together – sort of like test shoots or rehearsals – through NYU, where I was still in film school at the time.

DCR: Did Alessandra work with you on the script for your short of the same title?

EV: No, I wrote the script for the short film myself. DCR: What, if any, changes in the twin’s dynamic are in the feature that weren’t in the short?

EV: The short film is about the growing pains between teenage identical twin sisters, specifically the moment one sister is beginning to question her identity and sort of lean into the need to distinguish herself from her twin. When Alessandra and I sat down to talk about the feature, we were excited to create a continuation of the short, picking up the story of the same sisters, Marian and Vivian, six years later and in a longer form. In that process, we got to fill in the backstory of what happened in the interim and pretty quickly decided that Marian had left home soon after the short film and hadn’t been back since. We both liked the idea of the feature starting with Marian’s return home, and the rest of the story centers around the sisters struggling to mend their relationship after not seeing each other for six years. So, the theme of identity definitely carries over from short to feature, but in the feature it’s a little more both sisters who are grappling with who they are and who they want to be, and ultimately helping one another figure that out, or at least begin to.

DCR: You also edited this film. Many times, movies can change – sometimes dramatically – in the editing process. But since you wrote and directed as well, I’m wondering if that was the case here. 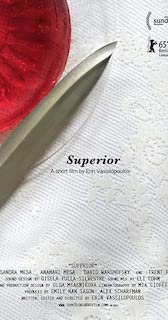 EV: I really try to embrace editing as its own phase of writing. Which isn’t always easy, especially coming off of writing and directing. But our co-editor, Jenn Ruff, really helped me tear my brain away from the script and the shoot and see our footage with fresh eyes. Based on how Alessandra and I wrote the script, the spine of the story is fairly linear – it builds in a sequential way that couldn’t be completely rearranged. But within that structure Jenn and I made a lot of changes. We cut parts of scenes and sometimes entire scenes, usually to create more mystery and keep the audience on their toes. We created even more intercutting between the sisters than was scripted, particular in the opening scene. There are also a lot of dream-nightmares in the movie and we spent a lot of time working through those stretches, mapping out when they should occur as well as how the audience gets in and out of those ruptures in the more linear plotline.

DCR: What technology did you use to edit your feature film?

EV: We edited with Adobe Premiere.

DCR: How long did the edit take and were there any surprises?

EV: After we shot the film, we took a short break while the final footage was being processed and scanned, then in early 2020 I dove in and started editing a rough cut, working off of some of the scenes our assistant editor had assembled while we were filming. And at that point I think my producers and I all felt this rush to find an editor and finish the movie fairly quickly. But then the pandemic hit, things shut down, and everything surrounding festivals and the entire film industry became a lot more uncertain. So, we decided to hit the brakes a little and really took our time finding the right editor. I ended up working with Jenn Ruff, who was the best fit for the project in so many ways. After seeing my rough cut, she took a pass and then we spent several months working together, first trading projects back and forth and then eventually sitting together to finish the movie. We really had time to try out a lot of different things in the edit, and I think the movie is better because of it.