Experiencing the Ocean in VR 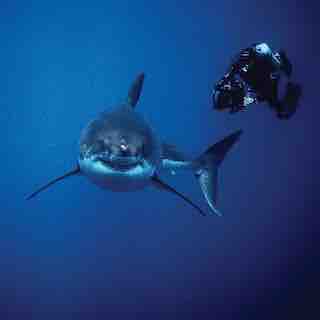 Filmmaker and explorer Michael Muller has made what he believes is a first-of-kind underwater virtual reality project featuring nine episodic short films. The series, entitled Into the Now, offers a revolutionary, stereoscopic virtual-reality experience that explores the most spectacular events in marine life, what Muller calls "the holy grail of diving.”

The films chronicle Muller’s deep personal love for the ocean, a love that started when diving in the Persian Gulf when he was nine years old and follow him as he overcomes a deep fear of sharks by learning to dive cage-free with great whites as an adult. The film series, with episodes ranging from five to ten minutes, touches on the compounding issues of climate change, pollution, and overfishing, while serving as an extraordinary educational tool as viewers experience the oceans firsthand through VR.

“People are most inspired to protect what they are connected to, what they have experienced firsthand,” said Muller. “This new medium allows me to share the world’s most magnificent ocean environments and animals that only a handful of people will ever experience in real life, with people worldwide. Into the Now has the power to connect millions to our oceans with a ripple effect into conserving some of the earth’s most precious creatures and environments that we literally can’t live without.”

The films were captured on VRTUL1 and VRTUL2 stereoscopic 3D camera systems using a variety of Blackmagic cameras. The groundbreaking camera system creates a thrilling first-person experience throughout the series, including footage of a whale shark swimming over the viewer, great whites quickly approaching and swimming amongst 500 dolphins being led by a baby. 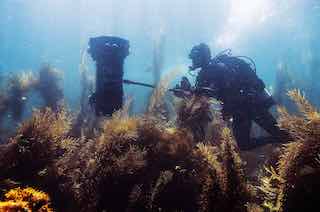 Into the Now was created by Muller and Michael Smith, in collaboration with Morne Hardenberg. The series is produced by Vanishing Oceans & RSA VR. Executive producers include Ridley Scott, Michael Smith, Jules Daly, Jennifer Dennis, Michael Muller, and Larry Ellison, who underwrote the episode on Lanai. The series is edited by Rock Paper Scissors. It is narrated by Muller with help from fellow shark advocate actor/director Eli Roth, who narrates The World of Sharks episode. The films are scored by Oscar-winning composer Mychael Danna, whose film composing, and composition credits also include Life of Pi, Little Miss Sunshine and Camelot.

A portion of the proceeds from the film series will benefit the non-profits WildAid and Parley.

The full Into the Now film series will premiere on July 14, Shark Awareness Day. The film will be available to watch by episode ($.99) or as the full series ($2.99). Optimal viewing for the full VR experience is through the Oculus headset, where the series can be purchased. The series can also be viewed in VR from your cell phone on July 14 via the Into the Now app at https://www.intothenowvr.com/#/.