Exhibition at a Crossroads

Exhibition has made an admirable recovery from the pandemic. Box office grosses are up, though they have yet to return to pre-pandemic levels. That’s because a sizable number of people have stopped going to the theatres. In a first-of-its-kind study done in partnership between The Quorum, Cultique and Fanthropology, more than 2,500 pre-pandemic theatre goers were polled to see if they have returned to the big screen or not. As this study shows, three driving factors have kept former theatre goers from returning: concerns over safety, price sensitivity, and the feeling that going to the theatre doesn’t provide a great experience. Exhibition is at a crossroads.

The companies that produced this report have a wealth of related in-depth experience. For decades, major movie studios have relied on pre-release tracking data from The Quorom to see what people think of upcoming movies. Cultique analyzes and translates culture in a constantly changing world for marketing and advertising companies. Fanthropology is a research, strategy, and creative agency passionate about the intersection of consumer desire and storytelling.

As their study shows, just as the studios are re-evaluating their marketing and distribution strategies in the wake of the disruption caused by the pandemic, theatres need to do the same. The good news is that 70 percent of all respondents, including those who aren’t currently going to the movies, would be upset if theatres went away.

At the same time, it is clear from the data that going to the theatre needs to provide greater value if exhibition hopes to win fans back. The clock is ticking. The longer exhibition takes to address these issues, the more likely it is that non-theatre-going behavior will be set. 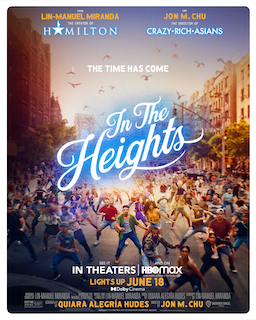 All respondents were asked to self-identify into one of five groups. The first two groups – the Avids and the Infrequents – represent people who are currently going to the theatre. The final three represent those who have stopped going – either temporarily or for good. Bringing these three groups – the Reluctants, Hopefuls, and Likely Losts – back into the fold is the key to a thriving box office. These groups, however, have their own unique properties. The first step in winning them back is to understand who they are and their attitudes toward theatrical.

One look at the box office grosses, and it’s easy to see that women have returned to theatres in lower numbers than men. We can see that in softer-than-expected grosses for female-leaning films like Spencer, In the Heights, and Dear Evan Hansen. As we approach the holidays and the arrival of more female-driven tentpoles like West Side Story, House of Gucci and a Journal for Jordan, there is an enhanced urgency in attracting women back to the theatre. But this is a blanket truth that requires more nuance. As the report shows, the profiles for Reluctants, Hopefuls and Likely Losts are very different. Exhibition would be wise to carefully craft unique messaging for each group.

Price sensitivity combined with perceived low value have always been pain points. High ticket and concession prices can make it feel as though theatre going provides low experiential value. The addition of safety concerns from the pandemic has exacerbated those pain points resulting in an increase in the number of former filmgoers. Now, more than ever, theatrical has to address price sensitivity, the low experiential value, and the safety concerns if it hopes to reduce the number of former filmgoers and bring people back into the theatre. 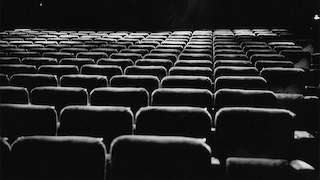 Vaccine mandates would go a long way towards making the former filmgoers feel more comfortable going back to the theatre. However, mandates pose a risk. Requiring proof of vaccination runs the risk of alienating some fans who feel that it would be an infringement on their rights that would make them go to the theatre less often. Still, the data shows that it would be a net positive, with the gains in comfort outweighing those who feel it's an infringement. Another 30 percent say they would be OK with vaccine mandates and have no issue showing proof of vaccination.

We asked Reluctants, Hopefuls, and Likely Losts if the following concession and in-theatre changes would result in them going to the theatre more often. They were asked to rate each option on a scale from 1 to 100. On the concession side, the largest drivers are lower prices for concession classics like popcorn, candy, and soda. Behind that, respondents chose the addition of local food favorites to the menu. The in-theatre choices performed better, with four options scoring above 60. More space between seats and new, upgraded seats scored best, followed by the ability to order food and beverages from your seat and more large-format screens.

Avids and Reluctants know the value of large-format screens, but that’s not the case for Hopefuls and Likely Losts. Outreach to these groups about the enhanced experience of large format could create a greater sense of value for these groups. It’s also worth noting that Infrequents give low importance to large format. There is also an opportunity to introduce these casual filmgoers to premium screens.