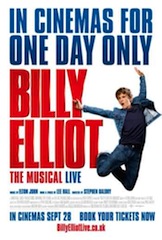 Event cinema history was made last month in Ireland and the UK when Billy Elliot the Musical Live topped the UK box office for a weekend, beating the Denzel Washington thriller The Equalizer (£1.90million-£1.89 million). More significantly, the musical had just one performance compared to the movie’s twelve times a day over the Friday-Sunday period. Event cinema has arrived and on October 16 the Event Cinema Association will hold its second annual conference in London. I recently spoke with ECA managing director Melissa Cogavin about the Billy Elliot experience, event cinema and the upcoming conference.

[Full disclosure: Cogavin is our European correspondent and Digital Cinema Report is a media sponsor of the ECA’s conference.]

Digital Cinema Report: What does the Billy Elliot experience say about the event cinema business?

Melissa Cogavin: It shows that with the right brand and quality content, anything is possible. It shows too that despite a 10 year run, the show still has many many fans out there who will possibly never get to see the stage show, and it may also prove in time that many of those who saw the cinema release will then see the actual stage show at a later date. We have research proving that the fear of cannibalization is unfounded, and what it’s doing is making the arts accessible. Ultimately though, Billy Elliot, alongside Dr Who, Pompeii Live and Richard II which all set and broke records in a 6 month period last year, proves that event cinema is on track to make that $1bn valuation in 2017 that we’ve been reading about.

DCR: What lessons can other event cinema providers learn from the Billy Elliot experience?

MC: I’m not sure. There’s no getting away from the fact that Universal Pictures were behind the distribution and marketing of this event so the marketing spend would naturally have been considerably higher than most other event cinema distributors, and it really is all about the marketing of this. That’s not to say that you just need to throw money at something and it will work - we can all think of box office flops that cost a fortune to make and market. Musicals have been done before but this is the first West End hit show that’s been equally a hit in cinemas and this one was live which in the UK has a lot of caché. The fact that the Billy Elliot brand was already well known must have really helped.

DCR: How do you define event cinema? 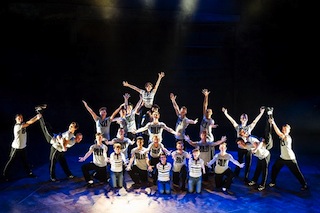 MC: Event cinema is the exhibition of content that usually, but not always, excludes mainstream film, such as live/recorded arts content - opera, theatre, ballet, musicals, TV specials, comedy, museum/gallery exhibitions, music concerts, lectures, documentary and so on, with a niche or fan-driven audience. Film content with a live Q&A is considered Event Cinema and it’s usually defined as having a ‘one-night only’ release model, with occasional encores.
DCR: Is event cinema a new outlet for filmmakers to show their work? If so, how can more filmmakers get involved in event cinema?

MC: Elements of event cinema are crossing over into film work all the time and the BFI have been reporting on the success of that this year. Q&As, audience participation and so on are new ways for the audience to gain something out of a film release and if that means more bums on seats then we all stand to benefit. The definitions are blurring all the time and if event cinema practices reinvigorate other aspects of the exhibition business then that’s surely a good thing.

DCR: What, if any changes in technology are needed to advance event cinema?

MC: Digitization and satellite capability are the issues preventing further network expansion for event cinema providers. So it’s just a question of time really. But it would be good to see hearing impaired and visually impaired audiences catered for in event cinema, i.e. with subtitles or audio description, which is currently not the case, though it is being lobbied for and I feel strongly that this practice should be adopted at least by the larger content providers who can probably absorb the cost.

DCR: Many exhibitors I speak with say they’re wary of event cinema or they don’t feel it’s right for them. What’s your message to those people?

MC: There was an ad on TV in the ‘80s in the UK and two old ladies were in a pub and one says to the other, ‘I don’t like Guinness because I’ve never tried it’. Which sums up my view on that really.  I’d say you need to be open to new experiences, try anything once, get to know your audience, keep track of their habits and their likes/dislikes via a database and exploit it. Do on the ground marketing, outreach into the community.  The more you put into this the more you get out of it, I have seen this happen time and time again. The most adventurous exhibitors are the ones raking in the cash from one sell-out event after another.

DCR: Another concern I hear from exhibitors that many studios and distributors put up various kinds of roadblocks to keep them from running anything but Hollywood movies? What advice can you offer them? 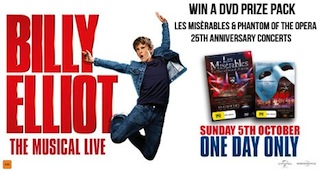 MC: I understand this if an exhibitor wants to show something on a Saturday night. But the whole point of event cinema is that it exploits the downtime in cinemas, the Monday-Wednesday nights when screens are largely dark. And daytimes, too. Event cinema works because it complements the mainstream content and is bringing in audiences that haven’t perhaps been to the cinema in years. Event cinema content providers and distributors will rarely insist on a Saturday night screening, there is only one company I know that routinely has live shows at that time but the others are fairly consistently offering their content live Monday-Wednesday, or Sunday afternoon etc.

DCR: Your second annual conference is being held later this week in London. The first conference was widely considered to be a great success. How will this year’s gathering differ?

MC: We listened to feedback from last year and felt that the content had to be more varied to cater for the very diverse audience, some of whom had crossed continents to attend. So we have created six breakout sessions taking place over the course of the day and each delegate can choose four of the six to attend. Subject matters are varied and cater for topics that rarely get much attention in more mainstream conferences, such as Production & Financing, Improving the Event Cinema Business Model and Practicalities in Live Delivery, where we will have an Outside Broadcast (OB) truck stationed outside the venue, broadcasting live onto the screen demonstrating how a satellite uplink works (thanks to our sponsor Arqiva).  Hopefully it will also differ in that it will be bigger and better than last year.