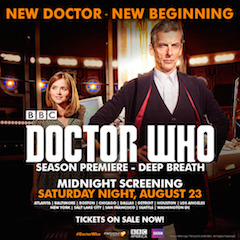 While consumers are bombarded with a plethora of entertainment options via traditional and alternative distribution platforms, event cinema is a growing trend emerging at movie theaters worldwide. Also known as alternative content, event cinema utilizes movie theaters to broadcast live and prerecorded programming outside of typical Hollywood blockbusters. These unique events offer the opportunity for audiences to come together as a community to view fan-focused content, including sports, opera, musicals, ballet, concerts, TV specials, faith-centered events, red carpet premieres and much more.

The sense of community instilled by event cinema is similar to what is seen by season ticket holders to sporting events or the opera, as it brings together audiences that are passionate about experiencing niche programming in local venues.

In order to reach everyone from opera buffs to parents and millennials, event cinema operates on a completely different business model than conventional movie releases. While traditional films see box office peaks on weekends, event cinema takes place primarily on weekdays as one- or two-day events and is designed to boost attendance during these off peak times. The way this model is trending, event cinema is expected to account for three percent of total box-office revenue by 2017. 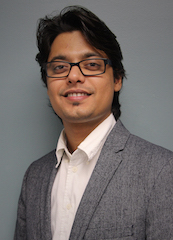 The importance of event cinema has been proven by major growth in the U.S., U.K. and other countries worldwide in recent years. France is now the third largest market for event cinema business, with 7.6 percent of the world’s revenue share. Italy, Australia and Brazil all follow close behind with consistently increasing numbers.

Fathom Events, the leading distributor of event cinema in the U.S., has reported steady growth thanks in part to its partnerships with The Metropolitan Opera, BBC Worldwide North America and Turner Classic Movies, among others. Live stage-to-screen performances are the most popular genre, selling 26.1 percent of tickets, followed by opera (18.3 percent) and concerts (12.7 percent). Additional areas of strength include faith-centered documentaries like The Drop Box and Four Blood Moons, anniversary events for popular TV series such as Doctor Who, and classic films including Jaws and Pretty in Pink.

Accessibility is also a major factor in the rise of cinematic events. For audiences who do not have the capability to attend an event live or in person, event cinema provides an opportunity to attend with fellow fans and gives audiences an equally amazing experience, without the higher costs and effort. For example, The Metropolitan Opera broadcasts a Live in HD series and consistently places in the top 10 at box offices alongside large blockbuster hits, allowing audiences to enjoy world-renowned performances in the comfort of their local movie theater.

Niche content options are nearly endless with event cinema and it is clear to see that larger numbers of consumers are electing to go to their local theater for the shared experience. Event cinema will continue to instill the unique sense of community that can only be had in an auditorium and in front of the big screen, bringing together fans of all kinds with evolving content.

Aishwary Narolia is senior analyst, Fathom Events. In that role he tracks and researches new trends in the film and alternative content industries and works with the programming team to conduct market research for proposed events. He also focuses on historical data and marketing analysis for Fathom, as well as maintaining and analyzing box office numbers from AMC, Regal and Cinemark to predict future event theater footprints, attendance and revenue. Additionally, Narolia works to find new alternative content opportunities in the South Asian Market, specifically Bollywood. Prior to joining Fathom Events, Narolia co-founded the award-winning mobile music app GrandLive which enhances the experience of concertgoers and artists through brand activations.