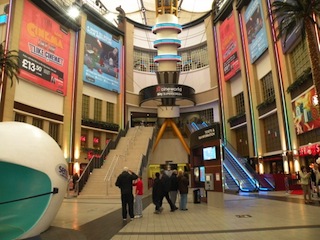 The Event Cinema Association will hold its first networking event October 15 at Cineworld at the O2 in Greenwich, London. The unique effort is aimed at exhibitors, distributors, content providers and affiliate technical partners within the recently rebranded Event Cinema industry (formerly known as Alternative Content). The long-term goal is to make this an annual event.

As a European non-profit organization in a fast growing sector, the ECA has risen to the challenge of staging a conference in an area that until now has been under-served with networking opportunities.  The event will feature keynote speakers, case studies and panel discussions that will be invaluable to anyone working in this field.

“The event cinema industry is growing at a great rate now and the ECA has recognised an increasing need for a bespoke event for all those involved in this area to meet, discuss issues, generate debate and share ideas,” said Melissa Keeping, who founded the ECA a year ago and serves as its chair. “Until now distributors and exhibitors have only had much larger events dedicated to more mainstream content, so it’s a fantastic opportunity for this growth area to have an event it can call its own.”

Guest speakers during the day include content providers, distributors and exhibitors giving a unique insight in to each area within the Event Cinema industry. Isabelle Fauchet, head of cinema at The Royal Opera House and Tim Plyming who conceived and delivered the highly successful Pompeii Live will participate in the morning session entitled From Stage to Screen.

Austin Shaw, COO Omniverse Vision and Italian distributor Nexo Digital will discuss distribution and marketing event cinema with exhibitors from around Europe closing the day with a session on engaging the audience and the changing role of the exhibitors.  Participating exhibitors will include Multikino from Poland, Utopolis Belgium, Kuusan Kino Finland and Grand Cinema Digiplex from Romania.  Phil Clapp of the Cinema Exhibitors’ Association and president of UNIC will be moderating.

John Travers, alternative content manager at Cineworld and director of the board of the ECA, said, “The event cinema market has grown dramatically this year, and the diversity of content available is increasing all the time – and it’s very international, so to meet others in this area, discuss and debate issues that we face on a daily basis, make new contacts and catch up with old friends will be wonderful. Everyone is very excited about it.”

The worldwide event cinema market has gathered considerable momentum since the ECA launched less than 12 months ago, with recent high profile events such as Pompeii Live and Bowie Live breaking new ground and Westlife – The Farewell Concert and André Rieu’s 2013 Maastricht Concert setting new records for opening night gross for a music concert released into UK cinemas.  With both grossing more than £450,000 in a single night, the sector is rightly gaining a reputation for acquiring rights to cutting edge, high quality content that is broadening the cinema-going audience with unique and innovative experiences on the big screen, not just in the UK but globally.

Promoting Event Cinema to the public, one of the main objectives of the ECA includes the recent launch of www.livecinemaevents.com, a listings website providing the industry and public alike with at-a-glance information in calendar form of upcoming cinema releases. The quarterly ECA trailer, featuring upcoming content from the ECA’s member distributors, is now playing to around 25 million people per annum in cinemas across Europe.

Since its inception 12 months ago the ECA has grown to include 35-plus members from 15 territories worldwide including Russia, Argentina, the USA and Romania, and counts BBC Worldwide, Cineworld, Odeon, Royal Opera House and Sony and amongst its members.

Tickets to the networking event are available on the ECA website now priced at £100 + VAT for ECA members and £125 + VAT for non-members (difference refundable for delegates joining the ECA on the day). Discount is also applicable for CEA, FDA and UNIC members.

Places are limited. Register for your place at http://www.eventcinemaassociation.org/content/ecanetworkingevent. Sponsorship opportunities are also available. For more information contact Julie Harriss at [email protected]