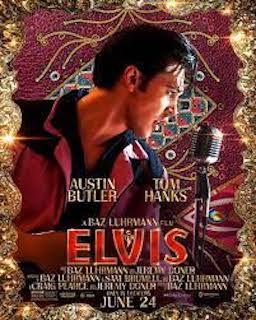 By expanding specially selected film sequences onto the left and right-side walls of the auditorium, ScreenX surrounds and transports moviegoers into the story of the film. CJ 4DPLEX worked closely with Warner Bros. Pictures to ensure the highest quality presentation of the cinematic film that guarantees an immersive, 270-degree panoramic viewing experience that can't be replicated anywhere else.

Elvis will be available on more than 380 panoramic screens worldwide and more than 74 such screens at Regal Cinemas, Cineplex, B&B Theatres, Cinepolis and CGV Cinemas across North America.

"Elvis is a breathtaking film that captures the essence of Elvis and the early days of rock 'n' roll,” said CJ 4DPlex CEO Jongryul Kim. “We would like to thank Baz Luhrmann and Warner Bros. Pictures for their collaboration and essential input to make Elvis in ScreenX a one-of-a-kind, immersive experience."

"Over the past few years, ScreenX has shined particularly with biopic films,” said Don Savant, CEO and president, CJ 4DPlex America. “The ScreenX presentation of Elvis will enhance the narrative of the film, surprising fans with more thrills and emotions. The surrounding screens in ScreenX will immerse audiences into the music and songs that made Elvis and his music immortal."

Elvis tickets are on sale now and can be purchased at your local ScreenX theaters.