Digital Cinema Report celebrates its eleventh anniversary this month and, rather bizarrely I admit, the milestone made me think of one of the most famous (and surely most often misquoted) conversations in movie history. Even though it’s comedy I think the scene speaks rather eloquently about the ongoing and never-ending dynamic between the creative community and the engineers who supply them with technology that is always better than ever. The conversation takes place, of course, in the cult classic This is Spinal Tap between heavy metal rocker Nigel Tufnel (played by Christopher Guest) and documentary filmmaker Marty DiBergi (Rob Reiner). They are speaking about the band’s unique amplifiers.

Marty DiBergi: Oh, I see. And most amps go up to ten?

Marty DiBergi: Does that mean it's louder? Is it any louder?

Nigel Tufnel: Nowhere. Exactly. What we do is, if we need that extra push over the cliff, you know what we do?

Marty DiBergi: Put it up to eleven.

In its eleven years Digital Cinema Report has chronicled the still-ongoing transition of the global motion picture industry from film to digital. This has included an incredible amount of innovation and creativity. Highlights, of course, start with the exhibition industry’s adoption of digital projection and increasing reliance on a wide and growing variety of educational and entertainment programs to attract audiences. This will continue as independent filmmakers embrace production and post-production tools that are constantly improving and are now available at prices that have never been more affordable. The most obvious example of this has been the DSLR, which as much as any other device has helped fuel a Renaissance in documentary and independent filmmaking around the world. The DSLR is not alone, however. Other examples, to name just two, include editing software packages that almost (but not quite yet) match more established editing systems and cloud technology that is changing how people share and store motion picture sound and images. 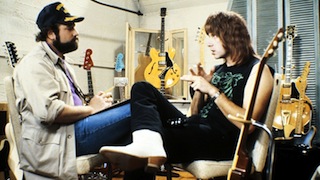 The past eleven years have also seen the dramatic rise of social media that filmmakers are increasingly using to fund, promote, distribute and display their productions. The past eleven years have also seen the rise and fall of stereoscopic 3D. Where 3D goes from here is anybody’s guess but there are vocal advocates who continue to debate that question. It seems reasonable to me that the public at large will not embrace 3D until and unless they can watch 3D at home without wearing 3D glasses. Several companies are very close to bringing viable auto stereo (glassless) displays to market and as the prices of those become more affordable 3D could at last be fully accepted. Once that happens, the creative community will have a greater incentive to work in 3D. Time will tell.

By the end of the next decade it seems certain that every screen in every movie theatre around the world will have digital projection. Beyond that rather obvious statement, it’s all but impossible to accurately predict where technology will be ten years from today. The dynamic between the creative community and technology developers has never changed and never will change. In this industry, that means the people who make, distribute, and exhibit motion picture productions to large audiences will always be looking for solutions to new problems that arise in their work or to new developments that can give them some kind of competitive advantage.

But one other prediction seems perfectly reasonable to me: By the end of this decade, meaning the year 2020, just seven years from now, Hollywood feature films will no longer be the dominant entertainment offering in movie theatres. 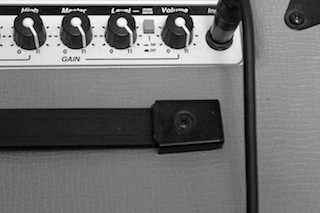 Not surprisingly, Europe has embraced event cinema with a lot of enthusiasm and growth there seems certain to continue. India has never needed Hollywood content to thrive and the advent of digital cinema is fostering still more growth there. South America is another rapidly growing motion picture market and is another region where, while many Hollywood productions might succeed, local audiences seem more likely to want to see stories by native filmmakers telling stories that resonate with them in ways that outside productions never could.

To make things even more interesting, international producers are already gearing up to produce more content to compete with Hollywood here in the States as the demographics of our population change.

Long before 2020, China, already the number two movie market in the world, will be a solid number one. Digital cinema technology is generating tremendous growth in the world’s largest country and, with its strict government rules, is already dictating (politely) what can and cannot be seen in Chinese theatres. Virtually all of the studios have taken measures to partner with their counterparts in China, India and elsewhere around the world but this feels like an uphill battle to me. Hollywood is driven by an accountant mentality and the likely outcome of that seems to be Fast and Furious 11 with a cast that includes actors from targeted markets and scripts designed to delight only teenaged boys and their reluctant girlfriends.

“Where can you go from there? Where?”

“Nowhere. Exactly. What we do is, if we need that extra push over the cliff, you know what we do?”

Tags:
This is Spinal Tap
technology
Category:
The Big Picture