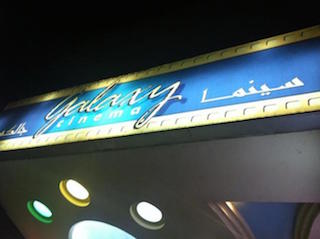 Egypt’s largest multiplex, Galaxy Festival City Cinemas, Cairo, is installing the Barco Escape premium theater experience – a first in the Middle East. The cinema exhibitor will premiere the three-screen, panoramic Escape format July 27 with one of the movie industry’s most anticipated summer films, Star Trek Beyond.

“Galaxy Festival City Cinemas aspires to bring audiences the most technologically advanced movie-going experience, which is why they are proud to introduce Barco Escape to the region for the first time,” said Peter Khammas, CEO of CineTech. “Escape is what an engaging, immersive cinema experience really feels like - something you can’t get while watching a film at home. It is a great way for Galaxy Festival City Cinemas to take an edge over its competitors and attract new customers.” 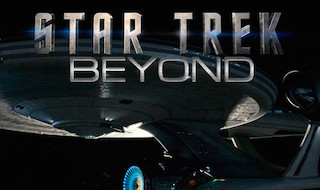 Fully DCI-compliant, Barco Escape utilizes three Barco digital cinema projectors to display the movie on three screens that span the theater’s front and sidewalls. It offers a panoramic canvas that fully captures the audience’s entire field of vision. Galaxy Festival City Cinemas is so enthusiastic about the concept that it is planning to make the first Egyptian movie for the Barco Escape format.

Since Barco Escape debuted in the fall of 2014 with 20th Century Fox’s movie Maze Runner, Barco has been working hand in hand with today’s top studios and filmmakers to create projects that offer audiences an unmatched viewing experience that is only available in theaters.

JJ Abrams’ Bad Robot Productions and Paramount recently revealed that this summer’s blockbuster film Star Trek Beyond will be re-mastered for the format for its summer 2016 debut.

Besides the set-up at Galaxy, Barco expects to have several more Escape-equipped theater installations completed in time for the Star Trek Beyond release in July 2016. The number of Escape installations will then gradually expand over the coming months in the United States, Europe, Mexico as well as China.