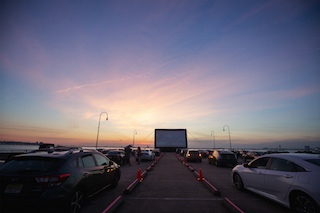 Both venues will be presenting films throughout the summer and fall of 2020. The drive-in festival will be the first of its kind in the New York area. In response to the ongoing pandemic, Rooftop Films felt it was important to continue the tradition of its annual summer series by continuing to bring the power of innovative filmmaking to the greater New York City community, including showcasing projects by filmmakers from a diverse range of backgrounds.

The Rooftop Films Summer Series is presented by SundanceTV.

“For 24 years, it has been Rooftop’s mission to bring New Yorkers together via the medium of film,” said Rooftop Films artistic director Dan Nuxoll. “With theatres shuttered and most festivals postponed or moving to streaming, we hope that these events will be part of a collaborative healing process for our neighbors, and give us an opportunity to once again spotlight the most daring new films from around the world.” 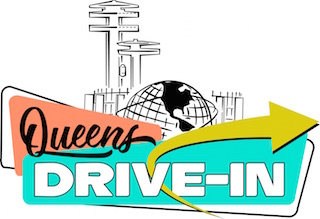 Programming for the Queens Drive-In will be curated by Museum of the Moving Image and Rooftop Films, with Rooftop Films handling curation of films for the Brooklyn Drive-In. Both venues will include films from the Rooftop Films’ 2020 Summer Series, which will showcase many of the best new independent and foreign films from 2020. Attendees at the Queens Drive-In should anticipate a unique nighttime experience that combines movies, fun, and NYSCI's own brand of science. Drive-In guests can expect entertaining pre-show experiences, live demonstrations, talks and videos, as well as an ongoing showcase of local and emerging artists. Do-it-yourself science tips and tricks, as well as conversations with subject matter experts, will connect the nights' themes—from horror to climate change—to the moviegoers' everyday lives.

"It is our hope that the Queens Drive-in will help in the process of revitalizing culture in the borough," said Dr. Margaret Honey, president and CEO of the New York Hall of Science. “We're beginning by showing films, but as we are able, we hope to feature cultural programming from Queens organizations. This partnership among Museum of the Moving Image, Rooftop Films, and the New York Hall of Science has made an additional commitment to use a portion of the Drive-In's proceeds to go to Queens organizations that are helping the communities most afflicted by COVID-19 recover."

“At MoMI, we believe in the excitement of being in the same space to watch movies, and in continuing the legacy of cinema as a shared experience,” said Carl Goodman, executive director, Museum of the Moving Image. “We are so pleased to join this partnership with Rooftop Films and NYSCI, as it allows us to bring communal moviegoing back to Queens during a time when many have been hit hard, including independent filmmakers who have lost the venues for their work.”

“This outdoor, Queens drive-in movie series is positive news and something to look forward to. So wonderful that three great cultural organizations, the New York Hall of Science, Museum of the Moving Image and Rooftop Films, are partnering with the City to provide Queens residents and families with quality films to enjoy in a safe setting,” said Jimmy Van Bramer, NYC Council member and chair of the Committee on Cultural Affairs. “This is something we all need right now. Once again culture and the arts are leading the way in a City desperate to feel good about their world.”

Museum of the Moving Image www.movingimage.us