The Dreams of Lost Souls 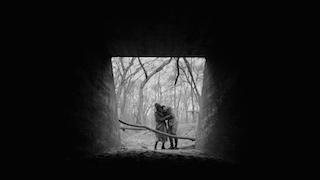 Fugitive Dreams, based on the play by Caridad Svich, is an allegorical road movie touching on themes of homelessness, mental health and addiction, as two lost souls embark across a dreamscape America. Their darkly strange journey confronts them with their traumatic pasts, and bonds them in compassion and love. For cinematographer Peter Simonite, ASC, CSC lensing the film meant needing a vintage look — but a look that was also consistent between lenses.

To accomplish this, he chose the Cooke Optics Panchro/I Classic to give director and writer Jason Neulander the exact look he wanted for the film.

“Jason had a strong idea for the visual side of storytelling, as the film takes place in an anachronistic world between past and future”, said Simonite. “To help evoke vintage photographic references from the American Dust Bowl period, as well as films like The Grapes of Wrath and The Wizard of Oz, he wanted to primarily shoot in black and white using Academy ratio 1.37:1 — the Hollywood standard from 1932-1952. This helps characters dominate the frame with less negative space on the sides, making them oddly heroic inside their own fractured world.” 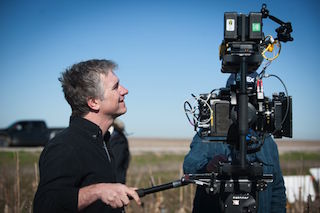 Although certain parts of Fugitive Dreams are in color, Simonite and Neulander covered a lot of ground with their visual references for the film. These included photographer Dorothea Lange’s iconic Dust Bowl images, as well as the films Alice in the Cities (1974) and Down by Law (1986). “Those references really spoke to me. It was a great opportunity to create visuals that would underscore the story,” said Simonite. “Cinematographers get excited about that.”

“For lenses, I tested everything, but I have a lot of experience with Cooke lenses going back to when I first shot on the Cooke XTAL,” explained Simonite. “Those lenses were really special. From there I started to fall in love with the unique characteristics of Cooke lenses, especially the S2 Speed Panchros that were converted into Anamorphics. Then I worked with Bruno Delbonnel on Infamous (2006). Bruno was very partial to the Cooke S4/i. All those experiences drew me to the Cooke Look. Plus, I’ve always appreciated the character of the different sets of lenses. Considering my British heritage, it’s nice using lenses that come from the same place as my mother. There’s just something about that.”

Originally, Simonite wanted a set of vintage Cooke Speed Panchros. In speaking with Meredith Stephens, executive vice president of rental house MPS Studios in Austin, Texas, Simonite would find the perfect lenses to match with the two Arri Alexa Mini cameras from MPS that would be used for coverage and the film’s second unit. 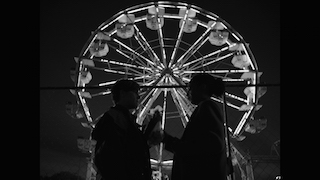 “Meredith was incredibly helpful,” Simonite recalled. “She had just received her set of Panchro/i Classics; she said they had a retro-modern look and recommended them. They were beautiful. The Panchro/i Classics had all the character of the Speed Panchros, but with more consistent contrast from lens to lens. Now I had both vintage and modern at the same time, which was perfect for the material. I could rely on the lenses’ creativity to bring a voice to the image. For this story, I knew that the lenses would become an integral part of how people would view the imagery — the lenses work in a powerful but subtle way, like music. The sharpness, the contrast, the beautiful bokeh, the way they flare…I could always count on that to make each image special.” 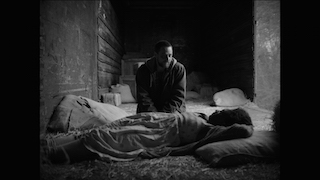 Simonite’s hero lens for Fugitive Dreams was the 32mm. “The 32 is just a beautiful lens,” he said. “You just can’t go wrong when shooting on the 32. Plus, the /i Technology lens metadata was very helpful on a few shots for matching purposes and to help with green screen work to match angle and focus —the data was really helpful for shooting plates, because it makes the green screen work look like it was captured in the camera.”

Having a lens that can significantly add to the ability to tell a film’s story, especially a low-budget film ($1.3 million), can truly make a difference.

“The Cooke Look sets the emotional tone of the story,” said Simonite. “This is a very austere film. It’s got a forest, a train, a cornfield — large scope locations, but not a lot of characters, as it was first a theatrical play. I knew I could make this film look beautiful with a minimal set of tools, as long as the tools worked. Cooke added a voice to the imagery that we really needed since we often worked with available light with a very small crew. We knew we could play with the different looks you can make with them. They were the most powerful tools I had on set.”

Fugitive Dreams was released on August 31 in Canada at the Fantasia International Film Festival, and on October 24 in the U.S. at the Austin Film Festival. It is currently seeking distribution.