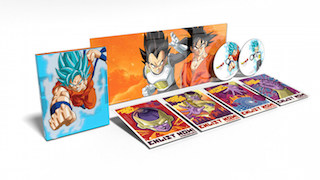 As is the case with most things in life, the major success that Group 1200 Media has had with the Dragon Ball Z movie series boils down to one thing: a lot of hard work by a dedicated group of talented people serving a vibrant, loyal audience. Group 1200 Media is the parent company of a range of companies including Funimation, the anime division, and Funimation Films, the film distribution department. Funimation Entertainment recently announced that the home video release of the Group’s latest success, the anime film Dragon Ball Z: Resurrection F will be available on digital HD starting October 9 and at retail outlets throughout the U.S. and Canada starting October 20.

Three stock keeping units of the home video will be released and are currently available for pre-order at DragonBallZ.com. Dragon Ball Z: Resurrection F screened in more than 1,000 theaters during its official theatrical run from August 4-12. In the wake of phenomenal box office receipts and winning a spot on the Top 10 list of highest grossing domestic anime films of all time, select theaters extended the release through August 17. In total, Dragon Ball Z: Resurrection F grossed an $8.4 million box office in North America. 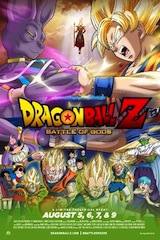 "We're grateful to all our fans for their tremendous response and support for the theatrical release of Dragon Ball Z: Resurrection F,” said Gen Fukunaga, founder and CEO of Funimation. "I am especially pleased to bring them the home video release so quickly after the theatrical run so they can enjoy the movie over and over again, just as we will."

Mike DuBoise is the executive vice president and COO of Group 1200 Media. David Wengrod is vice president, theatrical events and distribution. I recently spoke with the two men about their success with the Dragon Ball Z series, the marketing effort behind that success and their plans for the future.

DuBoise acknowledged the obvious, which is that over time the Dragon Ball Z series has built “a large and loyal fan base in the anime crowd.” That, however, only accounts for part of the success. Having a large potential audience does not guarantee that people will turn out for an event. The success started long before opening night. DuBois described it as sixty days of intensive work that was preceded by seven months of preparation.

The advance legwork started with a comprehensive plan that included attending many events such as Comic Con to network with fans and get a better idea of what would appeal to them. Group 1200 also used social media aggressively and now have one million Facebook fans and one million email addresses. They also signed on the retail outlet Hot Topic as a sponsor. 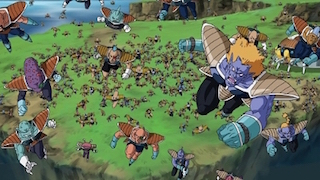 “Pre-engagement is key,” said DuBois, adding that for this last effort they doubled pre-sales. In fact, pre-sales were actually higher than the previous film’s total opening day sales. Thanks to their pre-show efforts they were able to turn their screenings into a big event for fans. “The event component was a key part of the success,” he said.

The event itself offered a fifteen-minute pre-show including background on the series and a trivia contest. The pre-show was also presented live on Twitter, which greatly expanded both the audience and the live experience.

Wengrod said he first became involved in the series in 2014 when he was still working for Screenvision.  Since then Group 1200 has expanded locations and exhibitors, added the number of shows and moved to larger rooms.

I asked Wengrod to weigh in on what is becoming a debate about terminology in the business: event cinema versus alternative content. “What do we call it?” he asked, rhetorically. He said, for him, the issue is really what the audience calls it and he can’t answer that question. “Whether they connect it with alternative content or event cinema, I don’t know,” he said. “That’s an ongoing challenge.”

The main thing in Wengrod’s opinion is that after several successful efforts the people at Group 1200 Media understand the scale of these events. “Any event we do,” he said, “has to be good for the fans and good for exhibitors.”

As for the future, DuBois said, other than a lot of hard work, the most important, ongoing factor is, “Earning the trust of the fan base. It’s always going to be about delivering on that promise and being true to the brand.” He said that Group 1200 Media is actively looking for projects beyond anime, but, he said, the keys will always be “targeted audiences with a passionate fan base.”