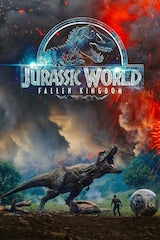 Dolby also announced that it has also entered into an agreement with Kinopolis to bring the first-ever Dolby Cinema to Germany. The site is expected to open later in 2018 at the Mathäser Palast in Munich. In addition, Dolby will be expanding its Dolby Cinema portfolio in France with Les Cinémas Gaumont Pathé in Marseille at La Joliette, later this year.

The European expansion plans add to the more than 100 Dolby Cinema at AMC locations in the United States, as well as more than 150 Dolby Cinema sites open globally. Jinyi Cinemas, one of the largest cinema circuits in China, recently announced plans to open 20 Dolby Cinema locations in China in the following four years, while Shochiku Multiplex Theatres entered into an agreement for the first deployments of Dolby Cinema in Japan.

Disney, The Nutcracker and the Four Realms, November 2, 2018