Do it Yourself DCPs

[Editor’s Note: Robert Berger is part of the creative team that made the acclaimed independent 3D film Charlie Victor Romeo. Here, in an article written exclusively for Digital Cinema Report, he talks about the challenges of making a movie on a tight budget, in particular dealing with DCPs and the value of Archimedia Master Player.] 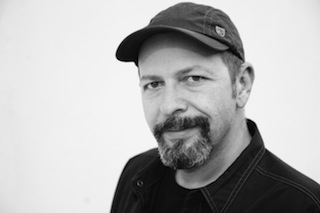 In my long career in media and entertainment, I've been lucky to wear many hats as both artist and technician, sometimes simultaneously. I was a studio engineer and a cameraman for CNN before leaving to pursue a master’s degree in Interactive Telecommunications at New York University. In 1993 I founded a nonprofit theater in New York called Collective:Unconscious, and for my master's thesis, I worked with fellow Collective:Unconscious members to create Charlie Victor Romeo, a play whose script consists of almost-verbatim transcripts from six real aviation accidents and incidents. Charlie Victor Romeo, or CVR, derived from the NATO phonetic alphabet is aviation jargon for cockpit voice recorder.

Over the years the play has been performed in dozens of venues throughout the United States, taped and used by the Pentagon for pilot training, and made into a 3D independent film that premiered at the 2013 Sundance Film Festival. It has been selected for other prestigious festivals such as the New York Film Festival and AFI Fest, which is a great honor. It has also won critical acclaim in The New York Times, The Wall Street Journal, Village Voice, The Hollywood Reporter, ABC News, and PBS NewsHour, and was immediately embraced by the aviation community.

In independent filmmaking today, technology is available to filmmakers like never before, so unless you have a serious budget to hire someone, you're going to have to get involved in the technical details of your films. 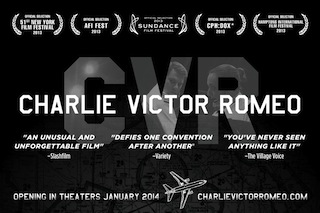 For example, you’ll likely have to deliver at least one Digital Cinema Package to festivals and theaters for screening instead of reels of film. Whether you’re an independent filmmaker or a post house that creates and supplies DCP files, you’re going to have to deal with DCPs. The process of turning a film — with all of its audio, video, graphics, data, and auxiliary files — into a DCP is very complex because of the various converting and encoding/re-encoding that takes place. Every time something changes with the film, a new DCP must be made. And a different DCP is required for different theaters and festivals depending on their individual requirements. For every DCP, there are questions: Does the file work? Does the audio sync with the DCP? Do the graphics work? Is it encoded properly? Upconverted to the proper resolution? Re-encoded without errors? Are all the frames in place? Was the color correction done properly? Filmmakers have to be able to play the DCPs so they can answer those questions before delivering the packages for screening.

The problem is, playing DCPs requires a specific — and very expensive — setup. Even post houses that create DCPs aren't necessarily set up to screen them for their customers. After a DCP is delivered to a customer in order to screen DCPs, filmmakers are forced to pay for time at a screening facility that has a digital cinema projection system, an added expense in what's probably an already tight budget.

In the past several years, my film has spent a considerable amount of money on post-production to make 3D DCPs of the film for various festivals — a process that’s even more complicated because the picture .mxf file is created using two sets of JPEG 2000 files (one file for each frame, and one set for each eye). In anticipation of the film's first theatrical release at the end of January 2014, one of the theaters requested a one-minute trailer, which we had not budgeted for. Considering the cost of creating DCPs for the full-length film, I knew that paying the post house to do a trailer — and then renting a screening facility to validate it — was simply not possible. So I created the trailer myself in my home studio using Final Cut Pro, and when the time came, I used OpenDCP to render the DCP. Then I had to figure out how to play it so that I could validate that the DCP I’d created was correctly formatted and verify, among other things, that the color was true before delivering it to the theater that would be playing it along with the other trailers that played in the theater before the start of every feature. (A DCP is created with the XYZ color model, which is not in the same color space as a computer monitor or TV screen.) That's when I remembered discussing the Archimedia Master Player with my colleagues who created it. 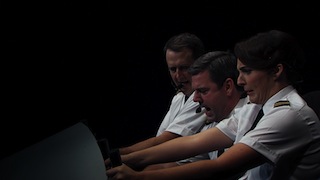 I downloaded a two-week unlimited free trial of Archimedia Master Player and was immediately sold. It not only played my DCP to the screen in my home studio, but it also validated that the DCP was properly formatted, and gave me a look at how the frames were converted to ensure that the colors and cadences look right, and sounds are in the right places at the right levels. I could tell with a high degree of confidence that the DCP I created was going to work in the theater. The player was so easy to use and worked so well that — had I or my post house had it when the full-length DCPs of my film were created — I could have watched the entire thing on my computer using the Archimedia Master Player. It simply plays what you’ve created and lets you see it in the way that is very close to how it will look in a theatrical setting. Using the Archimedia Master Player software to QC what I'd created with OpenDCP made all the difference.

The Archimedia Master Player has enormous implications for independent filmmakers, post-production houses, and beyond. It allows anyone to preview a DCP on a computer screen or through HDMI to a TV or projector. Filmmakers could watch the DCPs they create themselves. Post houses could use it to validate their DCP files, and then allow customers to use it to screen the work at full screen and full resolution, saving the cost of screening-room rental. Even some independent theaters that can't afford digital cinema projection systems could easily create one with the Archimedia Master Player.

Depending on how you configure the computer that's running the player, it's even possible to screen a film, say, with Dolby sound or directly from the drive where the DCP is stored. (Bonus! Archimedia has workstations that are built for such things yet can still be used for other computing tasks, which is great for independent filmmakers who don't have the technical knowledge, budget, or desire to create their own purpose-built machines.)

The bottom line: anyone who needs to create, validate, or view a DCP should use the Archimedia Master Player. It's far more affordable than a DCP projection setup. You can use it with standard equipment. It's accurate. And it just works.

Robert Berger is an independent filmmaker and co-producer and co-director of Charlie Victor Romeo.