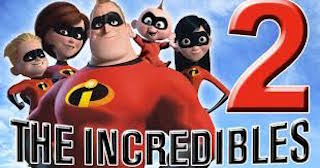 The Walt Disney Studios has announced twenty titles to be shown at Dolby Cinema locations around the globe. The titles include releases from Disney, Lucasfilm, Marvel Studios, Pixar, and Walt Disney Animation Studios. Among the new releases are two Star Wars titles and Incredibles 2.

“Dolby and Disney share a rich history and mutual desire to bring the most spectacular cinematic experiences to audiences across the globe,” said Doug Darrow, senior vice president, cinema business group, Dolby Laboratories. “With the expanded partnership, fans will experience many anticipated movies, including two upcoming Star Wars titles and two titles in the Avengers franchise, in both cutting-edge imaging and state-of-the-art sound.”

“At Disney, we strive to enable the vision of our filmmakers,” said Jeff Miller, president, studio operations, The Walt Disney Studios. “Our strong partnership with Dolby and their commitment to developing state-of-the-art technology and tools gives the creative community an amazing palette to help deliver extraordinary experiences.”

“I’ve admired Dolby technology since the original Star Wars. Dolby has been consistently innovating ever since, and I’ve tried to take advantage of their genius,” said Brad Bird, Writer/Director of Disney Pixar’s Incredibles 2. “We remixed sequences from two films of mine for their reel to demonstrate Dolby Atmos, and I was thrilled to direct the first film released in Dolby Vision. Dolby Vision is an incredibly bright, sharp image, with a much wider color spectrum than traditional digital imagery. The images have amazing brightness and clarity, yet with richness and detail in the blacks that really pop in both live action and animation. The picture quality is nothing short of stunning.”