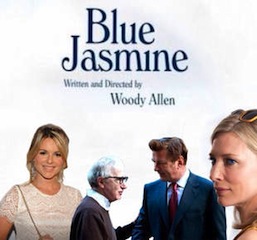 Digital Arts in New York City recently installed a new Meyer Sound cinema monitoring system in its new post-production theatre. The system has already been used on such projects as Woody Allen’s forthcoming film Blue Jasmine, and the recent HBO movie Beyoncé: Life Is But a Dream.

“With our new mix stage, we decided to take everything to the next level and redefine industry standards with meticulous attention to detail,” said Axel Ericson, founder of Digital Arts. “We’ve put a lot of focus into the design and architecture of our facility, and created a luxurious modern oasis in a lofty, sky-lit penthouse with best-of-class equipment.”

“We’ve had several well-known film editors and mixers come in to assess the theatre’s capabilities—a practice that we encourage,” said Ericson. “We keep hearing how great the room sounds on everything from soft dialog to explosive action effects.”

According to Ericson, the contrast of the mixes in different films highlights the Meyer Sound system’s accuracy and linearity.

“The system easily handled the big sound for concert segments in Beyoncé’s HBO movie, but it also accurately carried the subtle intimacy of Blue Jasmine,” Ericson said. “In fact, before Woody Allen decided to mix here, his long-time legendary mixer, Lee Dichter, came in and played some of his old mixes. He noticed the clarity of the dialog, and a big smile spread across his face the second he heard the system.”

“We focus on the future and set the quality bar high,” said Ericson. “Meyer Sound has given us tremendous support and is playing a huge part in the results we’re able to achieve.”