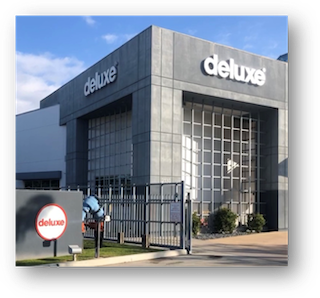 Late last year, Deluxe Entertainment appointed George Eyles executive vice president and general manager, worldwide cinema. The move marks a return for Eyles, who at one time was Deluxe’s managing director of digital cinema, EMEA. Prior to rejoining Deluxe, he was at Maccs, a Vista Group company, where he served as CEO and led Vista’s Numero box office reporting business. Previous to that Eyles served at Arqiva where he was responsible for the deployment of a pan-European electronic delivery network for cinema and creating that company’s live event services delivering hundreds of live alternative events to cinemas around the world; and for creating and implementing systems and frameworks in areas including asset deliverables and technical operations, optimization of operational efficiencies, creation, localization and distribution of content assets in the digital cinema and digital platform spaces. I spoke with Eyles via email just as he was settling into his new job, which is where our conversation began.

George Eyles: Deluxe’s Cinema business supports studios and independent distributors get their movies, with perfect picture and sound, on the big screen anywhere in the world through our mastering, distribution and key management services. The success of a cinema release depends on the ability to get to screens everywhere – flawlessly. This means the right version, format, language and decryption key matched to every projector so there are no dark screens – this is what Deluxe Cinema does.

Deluxe remains at the forefront of providing cinema services to studios and independent content owners leveraging our significant experience and global scale married with a local presence. My role is ultimately responsible for these services across all of our facilities including the United States, Canada, Spain, France, India, UK and Australia.

DCR: This may seem like a simple question but how does Deluxe define “worldwide cinema.” After all, while cinemas exist virtually everywhere, there are vast differences from country to country and region to region. 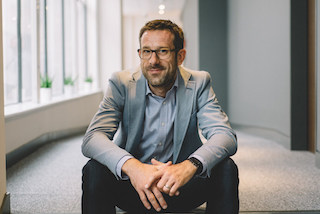 GE: We define worldwide in our cinema business in terms of our operations in numerous countries, and the services to our clients, which are delivered and consumed in almost every country around the globe. I’m very aware and mindful that while cinema content benefits from a global standard, governing items such as playback quality and security (Digital Cinema Initiative standard), and almost every aspect of cinema, differs in each country. Even within Europe there is a lack of commonality.

Worldwide cinema is also defined as Deluxe working closely with our localization business and other partners we take in localized assets including graphical inserts, subtitles, and dubbed audio files to create the digital cinema package for playback in cinemas globally. Once created we deliver the DCPs to cinemas using a variety of methods including hard drive, satellite and broadband in addition to managing the decryption process in accordance with the content owner’s terms. At scale a blockbuster movie will have more than four hundred versions playing on more than a hundred thousand screens in over a hundred territories.

DCR: In the press release announcing that you were returning to Deluxe, COO Warren Stein said your new role would involve “positioning Deluxe for the future trajectory of theatrical business and the roll out of new solutions to better serve our customers.” Where do you see the theatrical business heading?

GE: In order to adapt to prevailing market trends our customers are looking to reduce the time to market and increase the number of deliverables for their content. This means adding features, episodic, trailers and marketing materials. Deluxe has workflows that enable our clients to receive fully localized assets for cinema and any downstream platform that is simultaneously using advanced mastering formats including the interoperable media format. However, like all vendors, our capacity has historically been based on a facility approach. We have taken an approach that is a function of people, equipment and rooms and we have successfully exceeded market volume by leveraging our global facilities (LA, London, Paris, Sydney and Madrid).

Moving forward and by virtue of our recent acquisition of Sundog, we are migrating away from a facility model. We have begun leveraging cloud native technologies to provide variable and almost limitless capacity. 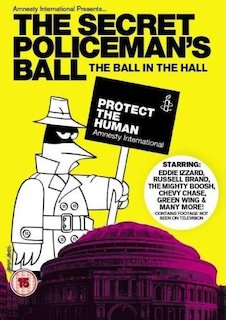 GE: The industry has ignored the elephant in the room for the past decade. COVID-19 has brought it to a head confrontationally and has made it known to the public. With the genie out of the bottle, the industry will need to address the issue and reach an agreement on what the new normal looks like. I would expect to see a shortened window from the historic norm with a window of 30 days for large releases. Personally, I feel a dynamic window makes a lot of sense. With a dynamic window, a film that is performing well in cinema would have a longer shelf-life and content that is not working can be monetized on other platforms sooner.

In any event I firmly believe that irrespective of a dynamic window or not, the market will realize consumers want to go to the cinema. When cinemas reopen, we will see consumers there as long as there are good stories on the big screen. I feel passionately that the only threat to cinema is not providing a positive consumer experience. If the industry can perfect the consumer experience, cinema will flourish regardless of other viewing and entertainment options.

DCR: Your background includes time spent working in event cinema. What did you learn from that experience that you can use in your role at Deluxe?

GE: I was fortunate enough to be involved in event cinema, previously at Alternative Content, at the very start with Amnesty International’s Secret Policeman’s Ball in 2006, and quickly followed by the first Metropolitan Opera broadcasts. Since then, the event cinema market has continued to evolve with specialist distributors, such as Trafalgar, having global reach and working closely with Deluxe. However, the U.S. market has yet to embrace event cinema in the same way as Europe and other territories, which I believe presents an opportunity for growth and expansion.

I would expect to see event cinema continue to evolve and the nature of events increase in diversity spanning sports, music, culture, and documentaries. Live Q&As with distributors and talent could provide yet another opportunity for cinema to differentiate itself from streaming at home. Personally, I would like to see educational events in cinema.

DCR: Similar question. You’ve also been involved with digital cinema technology for such things as distribution and box office reporting. What impact will that have on your new role?

GE: My career has offered me an expansive view across our industry which has shown me that most interactions between distributors, vendors and exhibitors mirror those of analogue film. There are significant inefficiencies in the industry that relate to outdated and manual workflows. These workflows hold the industry back, as they rely on duplicate data entry, which is expensive and adds no value. I’m looking forward to working with industry partners so that cinema can finally realize the true benefit of a digital market.

DCR: What other areas of the cinema business could benefit from either new technology or an upgrade?

GE: There are many opportunities for the theatrical business to reduce its operating costs including eliminating tasks such as manual data entry. In most instances, technology and/or systems are not the blocker; it is the resistance to help their partners that blocks innovation for business owners. For example, there is the widely publicized debate between studios that want consumer data from exhibitors to help market their movies and exhibitors that want to be paid for the data. While I would like to avoid this contentious issue, I believe the cinema industry would benefit from agreeing on what is commercial data (i.e., has a perceived value and/or competitive advantage) and ‘operational data’ that is needed to screen and report on content. For example, electronically and automatically sharing the data needed to create a key to unlock content, the capability of a screen, or electronic box office receipts should not be held up in discussions regarding consumer insights.