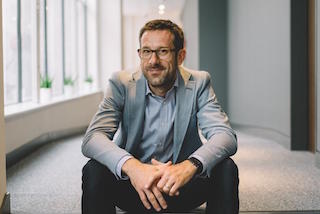 In making the announcement, Stein said, “I am delighted to welcome George back to Deluxe. His unmatched expertise in cinema operations and technologies and his proven leadership skills will be invaluable in positioning Deluxe for the future trajectory of theatrical business and the roll out of new solutions to better serve our customers.”

Eyles joins Deluxe from Maccs, a Vista Group company where he served as CEO since August 2018,and led Vista’s Numero box office reporting business. Under his leadership, Maccs released a new version of its core theatrical distribution system; launched Mica, a new, lower cost cloud native system for independent distributors; and expanded its box office reporting services globally. The move marks a return to Deluxe for Eyles, who prior to his Vista Group tenure was managing director of digital cinema, EMEA.

Remarking on his appointment, Eyles said, “Deluxe is highly regarded throughout the industry and is well positioned to support and bring innovation to our clients at this critical time for the theatrical business and the entertainment industry as a whole. I am honored to be joining the Deluxe team at such a pivotal moment and am looking forward to working with its world-class team and clients around the globe as we reshape the business for the future.”

Previously, Eyles served at Arqiva where he was responsible for the deployment of a pan-European electronic delivery network for cinema; for creating Arqiva’s Live Event services delivering hundreds of live alternative events to cinemas around the world; and for creating and implementing systems and frameworks in areas including asset deliverables and technical operations, optimization of operational efficiencies, creation, localization and distribution of content assets in the digital cinema and digital platform spaces.

Eyles will be based in Los Angeles after re-locating from London in early 2021.