Defying the Nazis Premieres in September 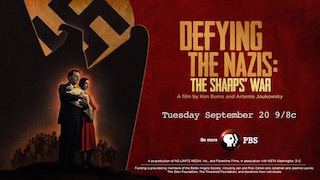 Defying the Nazis: The Sharps' War, the latest Ken Burns film, recounts the story of Unitarian minister Waitstill Sharp (voiced by Tom Hanks) and his wife Martha, who left the safety of their Wellesley, Massachusetts home and family to rescue hundreds of political dissidents and Jewish refugees fleeing the Nazis. Defying the Nazis will be shown at select theaters in New York and Los Angeles, with a special screening at the White House as part of the administration's discussion of the Syrian refugee crisis. The documentary won a special jury prize at the Amsterdam Film Festival in 2012. Editor Erik Angra will be hosting a Q&A session for the film on September 10 at LA's Laemmle Theater.

With his work on Defying the Nazis, Angra has become the youngest person to earn sole credit for editing a Ken Burns documentary. This accomplishment is no surprise to those who have worked alongside him and witnessed his filmmaking skill and intuition, both behind the camera and in the editing room.

"Working with Ken Burns was like earning a Ph.D. in documentary filmmaking," says Angra. "Burns and his co-director and co-producer Artemis Joukowsky both took leaps of faith in tapping me for this project, and I couldn't be more thankful. The Sharps' story is an amazing one, and its message is timeless: We can't stand idly by while there's injustice in the world. We have to act." 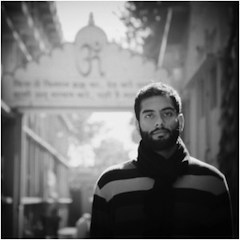 Serendipity explains how Angra came to the attention of Ken Burns, ultimately taking on the role of film editor. "I became friends with the daughter of producer Artemis Joukowsky and later had the opportunity to talk about the future of the film he'd been agonizing over for a decade. I put together a trailer based on my impressions, and that was the beginning of an amazing and enriching journey."

Because Defying the Nazis was ten years in the making, the film presented technical challenges for the crew. Angra ensured the final cut has a consistent look, as well as appropriate pacing for the suspenseful, true-life story being told.

One standout scene is a reenactment of the Sharps smuggling a dissident journalist through multiple Nazi checkpoints in 1930s Prague. Angra was the scene's editor and cinematographer. Fog machines, creative exterior lighting and Sharp family descendants filling the roles of their courageous forebears are just a few distinctive elements of the only reenactment ever included in a Ken Burns film.

Defying the Nazis is not Angra's only experience with Holocaust narratives. Soon after he began working with Burns and his team, Angra launched a Kickstarter to support his independent project, Portrait of Harry. The documentary profiles the remarkable life of impressionist painter Harry Somers, who, in the final weeks of a battle with cancer, recounts how he escaped Nazi Germany.

Angra firmly believes images have a transcendent power to effect positive change, which motivates his work as a documentary filmmaker and advocate for social justice. As the son of Indian immigrants, the contemporary refugee crisis in Syria and Europe has special resonance for him. "I hope my work helps people see today's problems in a different light," he says, "and even empathize with those who may be oceans apart."