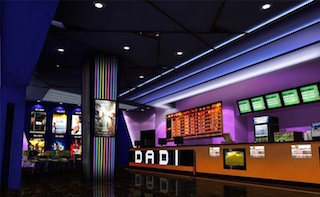 Located on the fifth floor of the new Huaibei GooCoo Plaza shopping mall in the bustling city center, the multiplex consists of 11 screens, including the premium Hall 8 auditorium in which the dual-head Christie CP42LH 3DLP 4K RGB laser projection system will be installed. Featuring a 16-meter wide screen and a seating capacity of 226, this is the first cinema in Anhui Province to be equipped with Christie’s RGB laser technology, which provides an ultra-bright and colorful platform for huge screen theaters.

Developed primarily for 3D applications, Christie 6P laser systems employ two sets of RGB laser lights – one for the left eye, and one with slightly different wavelengths for the right eye. Reusable glasses then filter out the different wavelengths and direct the light to the eye it was intended for. In this way, 3D content feels more natural, is brighter and achieves DCI-compliancy for both eyes. Since the left- and right-eye images are presented simultaneously, audiences are not affected by what are sometimes issues when viewing traditional 3D content such as fatigue, headaches and nausea.

Jason Pei, deputy general manager, Christie China said, “We’re very pleased that Dadi Digital Cinema has joined a number of leading exhibitors – in China and the region – in adopting our 6P laser projection system as its next-generation digital projection technology. Christie RGB laser has been proven as the perfect choice for premium large format theaters looking to set themselves apart from the competition, and to offer their audiences a truly unforgettable cinema experience. With its unprecedented brightness, flexibility, stability and multiple redundancies, our 6P laser system provides confidence to cinema exhibitors.”

The 6P laser projection system fitted at this venue includes a pair of Christie CP42LH projection heads, connected via fiber optic to a laser rack housing eight laser modules that generate white light with a brightness of 40,000 lumens, which offers a spectacular 2D and 3D movie-viewing experience. It produces a color gamut that exceeds the DCI P3 color spec and replicates the Rec. 2020 space, making it the most advanced RGB laser cinema projection system available on the market.

Lin Yu, vice president, Christie Asia Pacific said, “We’re heartened that our pinnacle 6P laser technology has been selected by Dadi Digital Cinema to power its newest cinema in Huaibei, Anhui Province. This marks the further expansion of Christie’s RGB laser projection footprint to prefecture-level cities after being widely adopted in a number of major cities in China since its rollout two years ago – a clear indication of our technology prowess and leadership. We look forward to seeing more exhibitors installing our most advanced laser projection system in their premium large format theaters in smaller cities.”