Critics Take on Digging for Fire 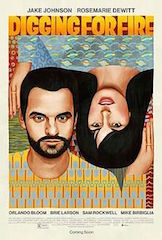 The next NYFCS film screening will be Joe Swanberg’s Digging for Fire. The pre-release screening and event will take place captured live in New York and throughout the country on August 18th, 19th, and 20th. The all-star cast includes: Mike Birbiglia, Orlando Bloom, Rosemarie DeWitt, Sam Elliott, Anna Kendrick, Brie Larson, Ron Livingston, Melanie Lynskey, Chris Messina, Jenny Slate, and Sam Rockwell. The film centers on the discovery of a bone and a gun, which send a husband and wife on separate adventures over the course of a weekend. The Orchard is distributing the film.

With 10,000 inspiring members, Ivy brings together leading entrepreneurs, artists, and innovators to spark world-changing collaborations. Ivy is currently based in New York City, Los Angeles, San Francisco, Washington D.C., Miami, Boston, and Chicago. Their vision is to establish a dynamic global community across 50 global cities, and create lifelong collaborative bonds between countless inspiring people who would otherwise never meet. London and Hong Kong are next.

NYFCS producer Mark Ehrenkranz said, “We are tremendously excited to be working with Ivy and their extraordinary team. We feel strongly that Ivy members are bound together by a core group of values: the idea of perseverance, inner strength, self-confidence and overall moxie.”

The Series will feature live and captured live appearances by Swanberg, and Jake Johnson (Jurrasic World). Swanberg has directed at least 17 indie movies since making his feature directorial debut in 2005 with Kissing on the Mouth. He’s also a prolific writer, producer and actor who co-starred in the popular horror movie You’re Next and The Sacrament. Swanberg has been growing his profile of late, collaborating with Anna Kendrick on his last three films — Drinking Buddies, Happy Christmas and Digging for Fire. Swanberg co-wrote Digging for Fire with star Jake Johnson, and festival reviews indicate it’s the most commercial movie Swanberg has made so far. Swanberg will make his big studio directorial debut with New Line’s Work Wife which follows a pair of thirty-something lawyers who attempt to find out if they really can date a co-worker.