Creating the Look of RRR 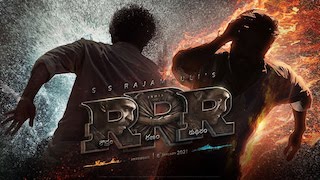 Directed by S.S. Rajamouli, RRR (Rise Roar Revolt) is reported to be the most expensive film ever made in Indian cinema. It tells the fictional story of two legendary revolutionaries and their journey away from home before they started fighting for their country in the 1920s. It stars two of Telugu cinema’s biggest screen idols, Ram Charan and N.T. Rama Rao Jr.

It has become a worldwide sensation, so far making $145 million worldwide since its release in March, with great success in North America, Australia, Japan and the UK and Ireland. It’s also competing in various categories at the 95th Academy Awards, including Best Picture, Best Director, Best Actor and Best Visual Effects. The winners will be announced in January 2023.

The film was finished at Annapurna Studios in Hyderabad and graded on Baselight by colorist Shiva Kumar BVR, who worked closely with well-known cinematographer, K.K. Senthil Kumar, to achieve the desired look. The pair have worked together on many occasions, and they have a very similar mindset when it comes to color.

“I have worked with Senthil for almost all projects of mine,” said Shiva. “We both have a similar line of thinking and vision in finding the same color density out of millions of color shades. His vision is so powerful that he can find a minute error and color jump from a micro second timed frame. I get a clear idea of what is expected from a detailed discussion with him. Moreover, he does not compromise at any point on quality.” 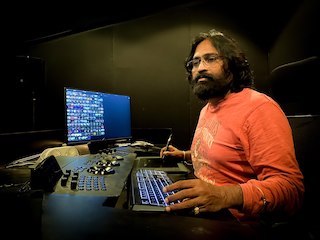 Shiva was involved in the film process early on, in the scripting stage, when he began working on the look of the film with Senthil. “Senthil narrated the story before going to shoot and we exchanged some references in relation to color palette, lighting scheme and mood boards to meet the required looks in post. The workaholic nature of Senthil is the secret behind getting extensive quality in every frame. His motivation brings us out of the pressure of work and keeps our efficiency healthy throughout.”

The movie is set in the early 1900s and Senthil and Shiva worked closely to achieve a look and tone that suited this period. Shiva would take one close-up shot, one mid and one wide-angle from a particular sequence, and then work to achieve the pre-selected look.

“I am against the usage of LUTs because it decays the organic feel,” said Shiva. “Using Baselight’s Color Crosstalk and Color Mix tools in combination with the Hue Angle tool, we achieved the early 1900s look along with the specified organic feel. And using the Diffuse and Texture features allowed me to create a wonderful, classic and glossy diffused sharpness.”

“For each sequence we would give four to five look options to the cinematographer,” explained Shiva. “Out of those options, he would choose one palette. We would then create a separate new look out of all the other reference layers in which 50-70 percent would be successful towards getting a new look. Once finalized, we would apply the same look for the entire sequence, and then it would go for final approval.”

“In the initial stages, we were successfully able to highlight the separation between fire and water,” recalled Shiva. “Later, we realized that it was going to create confusion for the story and to maintain that separation we highlighted a certain element according to the character's emotion.”

“If I had to fix a particular tone of a character, Senthil would give me the complete detailed narration,” Shiva said. “Senthil is hands down a great narrator. The way he explained the details of the characters and the story prevented us from going towards many references allowing us to achieve it with the character emotions and arc.”

RRR is in the running for the Best Visual Effects Oscar at the 95th Academy Awards, to be announced in January. Shiva and the team had immense support from the VFX supervisor Srinivasa Mohan, and the rest of the VFX Studios, but – as with any VFX-heavy movie – the film’s effects didn’t come without challenges.

“Color correcting a normal movie is one challenge, but correcting a CG orientated film is an entirely different ball game,” said Shiva. “Srinivasa Mohan always foresees the quality. We consumed approximately 250 hours for the VFX QC. Whenever there were complications, we were able to control the errors by calling the VFX studios and ensuring all were corrected and updated on time.”

One of the key VFX challenges was the climax sequence as, due to temperature conditions on location, it was delivered on unbalanced footage with unmatched lighting and exposure.

“After placing the VFX on the timeline, we realised the majority of the VFX shots were not matching with the live raw shots,” recalled Shiva. “By then, we had already finalised the look for the sequence. This is when the real challenge began. Spending a lot of time tweaking sensitively is too risky, in case of an issue popping up after rendering. I had to maintain both a cool and a golden warm temperature for the entire sequence. With the unbalanced shots, it was very difficult to catch both the blue and the warm tone. Therefore, in order to achieve it successfully, I used a combination of Baselight grading tools to get the exact required look for the entire climax sequence. After repeating the process multiple times, the cinematographer and the VFX supervisor were satisfied.”

“The cinematography on this film has gained lot of appreciation from the cinema industry all around the world,” concluded Shiva. “This is a rare achievement and I see it as a proud moment for Indian cinema.”