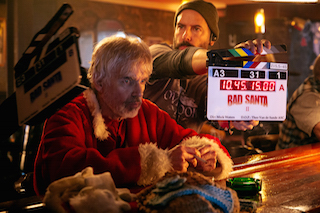 Award-winning cinematographer Theo Van De Sande ASC was an early supporter of the Academy Color Encoding System, using version 0.2.2 on civil war drama Deliverance Creek in 2013, which was nominated for the ASC Award for Television. Since then he has been a staunch supporter, using ACES on numerous TV shows and pilots. When he was offered the chance to shoot Bad Santa 2 for Miramax, he turned again to ACES for his color-processing pipeline.

Shot on location in Montreal, Bad Santa 2 again stars Billy Bob Thornton in the title role and was directed by Mark Waters (Mean Girls, Mr. Popper’s Penguins). Van De Sande and Waters had previously worked together on Cheerleader Death Squad. Van De Sande had been impressed with the latest camera from Panasonic, the VariCam 35, and immediately knew that it was the right choice for Bad Santa 2. “I had a history with Panasonic as I’ve shot many documentaries with their cameras,” he said, “when I saw the VariCam 35 I immediately appreciated the image quality, the simplicity of the design, and the efficiency of the workflow.”

Because the camera was so new, he wanted to use a familiar color pipeline that he knew was rock-solid. Panasonic, an ACES product partner, had created the Input Transform that allows the camera to be used in an ACES color managed workflow.

The Panasonic VariCam 35 features dual recording – the capability to record two different formats simultaneously. Van De Sande used this ability to record at 2K and 4K at the same time, explaining “I knew I could take advantage of this tremendous feature, along with ACES for my color pipeline, to save time and money in production and post-production.”

The 2K files were used for the dailies process while the camera original 4K files were immediately archived to LTO tape and not touched again until the final digital intermediate. On-set, Van De Sande would make color temperature adjustments on the VariCam itself to establish an overall mood. DIT Julie Garceau used LiveGrade to create CDLs to further refine the look that Van De Sande wanted. 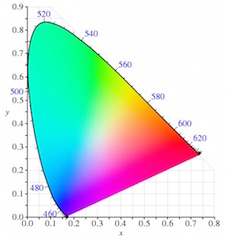 She worked in close collaboration with Sean Sweeney, the on-set data management and dailies technician. “It was great to be in control of the on-set to post pipeline along with Sean,” Garceau explained, “we could be fast, accurate and efficient.”

Garceau would send the CDLs created on-set over to Sweeney, who arrived on-set later and stayed later. He would apply them to the 2K files via Colorfront’s Express Dailies, also working in ACES. This efficient pipeline meant that if Van De Sande wanted to make any changes after viewing the dailies, it was straightforward to adjust and redo the shots. Sweeney made a look book for Van De Sande by exporting graded 4K TIFF files – this was used by Van De Sande to communicate during the DI process with colorist Ian Vertovec at post-production facility Light Iron.

This efficient ACES workflow continued as the DI began with the camera original 4K files being restored from tape and conformed. Van De Sande had limited time for the DI and so the stills created from the dailies were an invaluable communication tool.

Ian Vertovec used the Quantel Rio for grading and found the ACES workflow straightforward. “Working with ACES with the Rio was easy. I just had to mark the clips as Panasonic v-log, v-gamut and the system would convert to ACES internally,” said Vertovec, “and all the VFX shots were delivered as SMPTE standard ACES2065 files.”

Van De Sande reviewed the graded footage on a 4K projector, and used his stills as a reference. “ACES saves me time in the DI suite,” said Van De Sande, “and if an HDR master or something we haven’t even thought of yet is needed at a later point, I can use the ACES archive. All the detail and the information is there – it’s future-proof.”