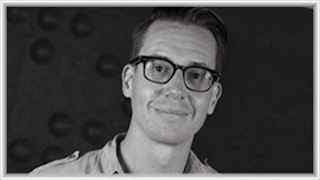 Rising Sun Pictures VFX producer Richard Thwaites is comfortable in his role as behind-the-scenes catalyst. A member of the RSP team since 2006, he has helped steer more than a dozen film projects toward successful completion, most recently The Wolverine and The Great Gatsby. A stickler for detail, Thwaites is a master at managing talent and technical resources and his aim is clear: to fulfill the client’s vision, deliver the work on time and keep costs under control. As simple as that sounds, it’s no small feat in practice as, in the heat of battle, shots change, deadlines move, and surprises lurk around every corner.

Digital Cinema Report: As a VFX producer, you have a wide variety of responsibilities. How would you characterize your role?

Richard Thwaites: The term producer has many meanings. In reality, it means you act as client liaison; you look after the finances and the workflow. You work with production managers, production coordinators, visual effects supervisors, artists, the finance team and the executive team. It’s a strange job to be perfectly honest. You have your fingers in a lot of different pies. There are all these people who do the actual work and it’s your job to guide them to the least complicated path to get that work done. 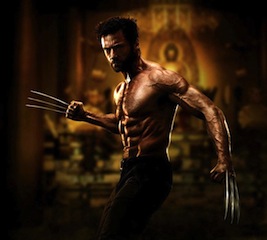 DCR: You were heavily involved in The Wolverine. Did that show have any special challenges?

RT: Because it was a big tent-pole production—one of Fox’s biggest summer releases—the marketing needs were quite intense. While general visual effects production was ongoing, there was a lot of trailer work happening in the background. I’d guess that 90 percent of the visual effects in the trailers were from Rising Sun. We got a lot of comments about how accommodating we were with that aspect of the project, and it’s because we understand how movies work. When we plan for big productions like Wolverine, we keep the additional needs in mind and we get the team to prepare practically and psychologically for their arrival. The marketing is as important as the film itself, because it’s what draws people to the cinema, and so we want that portion of our work to be the best that it can be. The trailers for Wolverine were big and fast; they were one of the most demanding aspects of the project.

DCR: Some of the trailers were produced months before the film’s release. How were you able to deliver the required effects?

RT: One of our big sequences was the nuclear bomb explosion. We began working on that in December of 2012 and only finished it in May of this year. About a quarter of the way through that process, the first trailer came along and it required the bomb blast. So, we put all the bodies we had on that shot and produced a version that told the story. It wasn’t the final effect, and it meant long hours and additional people, but it was the absolute best quality that we could achieve in that time frame.

DCR: Where did you receive your training?

RT: I attended AFDA, the South African School of Motion Picture Medium and Live Performance, a pretty interesting film school in Johannesburg. The curriculum was very practically based, very little theory.  It was all about grabbing cameras and shooting movies, seeing how they turned out, and being beaten around the back of the head when they turned out badly. 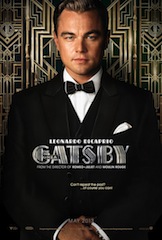 DCR: And, how did you start your career?

RT: I was at home and unemployed when a friend called me. He was working as a researcher for a commercials company and he said they were looking for someone with an understanding of animation and visual effects. I had a meeting with the owner and walked out with a bunch of commercials that I then put together for him. In the process of doing those, more commercials came in and I jumped right in. I stayed there three or four years and did a lot of commercials, moving between roles, producing the work, post producing, sometimes directing. When I moved to Australia, I met with the guys from Rising Sun Pictures and they decided to give me a go.

DCR: Is your job becoming harder or easier?

RT: It’s more demanding. Budgets are tighter, so I have to rely on fewer people to do more work in less time. The competitive nature of the visual effects industry means that you never want to say “no” to a client. Instead, you pull out all the stops and make sure you deliver the best product. It’s still a fantastic industry; it’s just that the demands are greater than ever. But that’s not necessarily a bad thing. It forces you to rise to the occasion.

DCR: So you like your role at Rising Sun Pictures?

RT: Rising Sun is a fantastic company. It supports its clients and it supports its artists in achieving their goals. That ethic starts at the top with the owners and filters through every department. The environment is nurturing and provides people with room to grow. RSP not only creates beautiful images, it’s a human place that encourages people to do their best.