The Color of Espionage 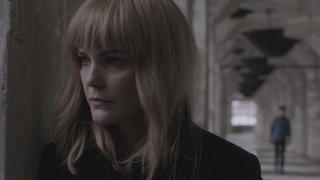 When it came to grading The Americans, where the central characters live a double life, colorist John Crowley knew he would need to create some distinctive looks. He used one of Technicolor PostWorks New York’s Baselight systems to grade series two and three of the New York-shot, 1980s-set show, working closely with director of photography Richard Rutkowski.

The show recreates faithfully the cold war era of 30 years ago. The Jennings family appears to be the perfect American family – but both husband and wife are actually Russian KGB spies, living and working under cover. A key part of the drama is the tension between the happy family life in the suburbs of New York and the dangers of working under cover.

“This show has a plethora of intriguing story lines that ultimately result in a number of special looks,” said Crowley. “While the Jennings home is warm and pleasant, the Rezidentura (KGB headquarters) and missions are generally mysterious and somewhat foreboding. The one constant goal was to make the images seem more filmic to convey the nostalgic look as one may expect from that time period.” 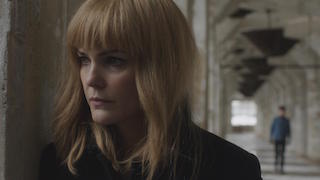 As well as creating tension between the two sides of the central characters’ double lives, Crowley also had to faithfully recreate the look and feel of the 1980s. “Richard [Rutkowski] and I spent time looking through still photography books from the late 70s and early 80s,” Crowley recalled. “We discussed how shadow detail fell off in parts of the frame, and the amount of saturation there was in skin tones. The main aim was to create a “rich” image without it being overly saturated.”

Crowley started by using Baselight to add film grain to the images – shot on Arri Alexa cameras – to enhance the period feel of the show. The base grades for regular scenes – like the home and the KGB headquarters – were established in Baselight and exported as Arri Look files, so the DP on set got a sense of what the final result would be. Crowley even ensured that the monitor on set was calibrated to match the monitor in the grading suite.

“When a Look file is activated in the camera, it automatically travels as metadata in the QuickTime file,” said Crowley. “I was presented with a locked cut that had a CDL from the Arri Look metadata, so all our looks lined up from production through to post.

“These pre-grades were a great starting point, so I could spend most of my time shaping frames with vignettes to darken walls, using various gradients to suggest lighting effects, tracking faces for skin tones, de-saturating vibrant colors and generally trying to replicate that 80s vibe,” he added. “In my opinion, the flexibility and power of Baselight is second to none. It gives me the ability to do all this and more with a touch of a button. It answers my very detail-orientated style of grading.”