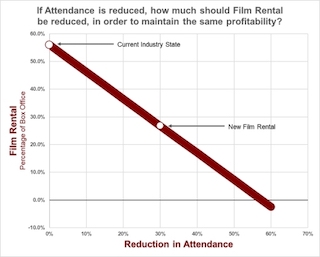 In an open letter to the motion picture industry today CMX Cinemas’ chief financial officer Luis Castelazo called upon the studios to recognize the challenges that exhibitors are currently facing and to treat them as the important partners they are. Here is his letter in its entirety:

For decades, going to the movies has been one of America’s favorite pastimes. Exhibitors and movie studios have always worked together to provide an experience unlike any other to the communities we serve. Along with the commitment we have made to our vendors and to the thousands of local small businesses that supply our theatres (many of whom are at risk of losing their primary source of living), our commitment to our employees, our guests and our partners remains our top priority.

At CMX Cinemas, innovation has always been one of our core values. Our concept has evolved to provide an unmatched entertainment experience, with features such as laser projection, immersive sound, plush recliner seats, chef-driven offerings rivaling fine dining establishments, full bars with signature cocktails – all encompassed in a high-end, vibrant environment.

We understand not everyone is familiar with the nuances of the movie theatre business and, as such, I feel obliged to clarify misperceptions about unilateral decisions adopted recently by some studios – and the severe impact these decisions will have not only on our industry and those who support it, but also on a century-old pastime enjoyed by so many: the unbeatable magic of experiencing a film on the big screen. 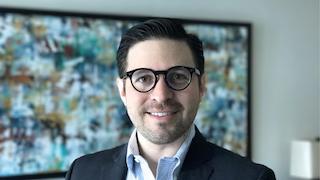 Over the past several decades, movie studios have required movie theatre chains to pay a higher and higher share of each movie ticket sold – commonly referred to as “film rental.” To illustrate this, the share of film rental in the U.S. has increased from approximately 27 percent in 1970 to 57 percent in 2019, driven by the studio’s hegemonic power. Movie theatre chains have had no other option but to pay a higher share for each ticket sold – or go out of business. In spite of this, the movie theatre industry has existed for over a century, and guests have continued to enjoy new movies on the big screen. At CMX Cinemas in particular, our guests have been captivated by our additional VIP offerings.

Through the years, not much has changed in how film rental agreements work. However, the pandemic has had a profound impact on the movie industry as a whole, allowing some studios to make unprecedented moves: showing premiere movies simultaneously on streaming platforms and in theatres. This completely changes the rules of the game – as movie theatre attendance will undoubtedly be affected. For this reason, CMX Cinemas is engaging in conversations with studios to reach an agreement beneficial to both the industry and the customer.

If studios show their movies on their own streaming platforms at the same time as in theatres, naturally, attendance in theatres will suffer, and revenues will shrink. An analysis by CMX Cinemas shows that attendance in theatres will be reduced by at least 30 percent in the opening weeks, and therefore film rental should be back to approximately 27 percent or less in order to ensure actual theatre profitability is unaffected.

So, how can an industry survive if a large percentage of its attendance and profit vanishes? At CMX Cinemas, we believe that film rental should be reduced from the current 57 percent if the ‘window’ (number of days between theatre release and streaming platform release) is drastically reduced or eliminated. If there were a 50 percent attendance loss, it would require theatres to pay a 7 percent film rental to maintain profitability; studios will compensate for the film rental reduction via their streaming platform fees.

In the end, the movie theatre industry is about partnerships: we partner with studios and landlords to offer guests an experience unmatched at home or on a mobile device. CMX Cinemas is committed to renewing this partnership agreement to provide the best experience to customers and to promote the industry. CMX Cinemas, through its successful reorganization process, was able to reach agreements with landlords – developing an unprecedented fair rent structure. It is now the time for the studios to engage in partnerships that allow us to continue offering the best movie-going experience to our guests.