Cleaning up after Last Supper 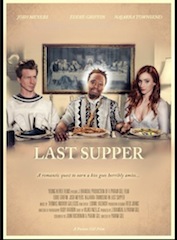 With all the attention focused on a film’s visuals, its audio sometimes receives insufficient attention. The best cinematography and visual finish can be ruined by inadequate audio post-production, an outcome that separates the amateur from the professional filmmaker.

When filmmaker Param Gill recognized that the audio on his new film Last Supper needed extra attention, he followed a colleague’s recommendation and turned to AlphaDogs. Gill says, “AlphaDogs is very professional with respect for deadlines and economical for indie filmmakers like myself.”

Last Supper had a variety of audio challenges to contend with, including an insufficient number of microphones used on set, noisy backgrounds in the production audio, and temporary visual effects. AlphaDogs audio engineer, Curtis Fritsch was quick to recognize that in order to work efficiently within the tight delivery deadline, a good workflow and timeline design would be crucial to make sure the quality of work would not be compromised.

Fritsch devoted roughly 60 percent of his time to cleaning up location audio and dialogue. Corruption in the lavalier recordings and noisy rooms presented a big problem in scenes where only one microphone was used. In order to make the dialogue as clear as possible, Fritsch used the Izotope Denoiser plug-in to reduce the offensive background noise while simultaneously boosting characters’ voices that were recorded low. Fritsch then used Soundminer Pro to search through AlphaDogs’ extensive library to find sound effects that could enhance the story. 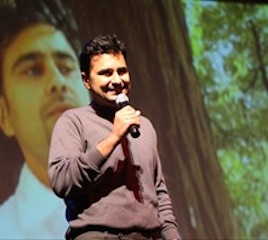 Fritsch explains, “One of the biggest mistakes of post-audio is sound effects being over-designed for the project. Often you get background ambience that is too loud or footsteps that are higher than the dialogue level. This can be caused by production audio restrictions, but it shouldn’t be an issue caused by the post-process.”

Gill says, “The sound mix turned out very well and we were extremely happy. The team had total respect for our deadline and realistic goals. I will definitely use AlphaDogs again for my next film.”

Last Supper is a funny, touching fairy tale about two romantic and ambitious lunatics (played by Eddie Griffin and Josh Meyers) who escape a mental institution with a video camera and set out to make a movie about a romantic quest to rescue a princess, with the reward being a magical kiss. Directed and produced by Param Gill, Last Supper also features Mindy Robinson, Yves Bright and Penny Marshall. Last Supper will be opening night film at the annual San Francisco Global Movie Fest August 15-22nd.

To watch the trailer visit  https://www.youtube.com/watch?v=ZJDlqs3BdLA