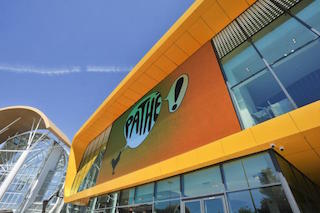 CJ 4DPlex has reached the 500th 4DX screen milestone with the launch of its newest location at Pathé Belle Épine Cinema in Thiais, France. The first film screening in 4DX at this location was Ready Player One.

4DX is now the fastest premium format to reach 500 screens.

With this opening, more than 61,000 4DX seats have been installed in theatre auditoriums across 58 countries, with the capacity to accommodate more than 111 million worldwide moviegoers per year.

The accelerated growth of 4DX has been driven by Europe, which added 35 screens in 14 European countries, including the first 4DX theatre in Denmark, since its 400th site September 2017. In the past seven months, the volume of 4DX theatres has grown by 64 percent (from 54 sites to 89 sites) and the number of seats has increased by 57 percent (from 7,000 to 11,000).

“This is a meaningful milestone for us as we continue our journey to become the leading premium technology brand in the global cinema industry,” said Choi. “Our partnership with Les Cinémas Gaumont Pathé is stronger than ever and we look forward to break more records together in the near future.”