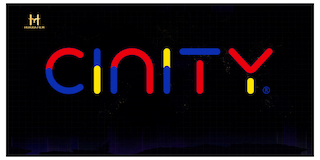 According to industry statistics, premium large format screen installations have seen an increase of almost 19 percent year over year. They set a record in 2019, when 734 screens were installed, a 65 percent increase over 2018.  As theatres slowly reopen worldwide following lockdowns due to COVID-19, the pace of adoption is expected to resume. Owned by the China Film Group and Huaxia Film Distribution, Cinity uses premium large format laser projection, immersive sound, and ultra-high frame rate capability. Today, with 57 installations and an almost equal number on tap in cities across China, Cinity enjoys cooperative agreements with many major Hollywood and Chinese studios. The system can be viewed at the Harmony Gold Preview House in West Hollywood, where filmmakers can also screen their latest projects at the industry’s highest frame rate.

“We have proven the enormous appeal of the Cinity Cinema system in China, which is known for having some of the most demanding and most discriminating audiences in the world,” said China Film Group vice-chairman and general manager Fu Ruoqing. “By providing theatre owners with flexible payment options and financial incentives, as well as the full range of installation services, we assure them the fastest and most seamless path to a world-class PLF auditorium.” 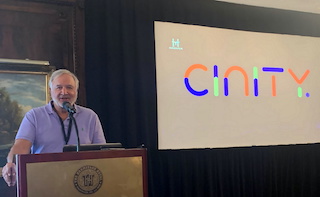 “I’m especially excited to support Cinity as it enters the North American market,” said award-winning filmmaker Ang Lee, an early proponent of Cinity’s technology. “The system’s high frame rate capability, its exceptional contrast ratio, brightness and overall image quality means that more audiences can finally see my movies exactly as I envisioned them. I’m committed to working with Cinity to help push the boundaries of filmmaking and in-theatre movie-viewing.”

“We’re thrilled that innovators such as Cinity, Dolby and IMAX are elevating the theatrical experience, and advancing the way moviegoers see 3D, higher frame rates, brighter light levels, more dynamic range, and higher resolution,” said writer/director James Cameron and producer Jon Landau, who broke new ground with their revolutionary movie Avatar in 2009. “We’re excited to know that audiences will have the opportunity to experience the next chapters of Avatar in ways that truly represent the best our industry has to offer and will be reminded just how special the in-theatre cinema experience can be.”

Former Christie Digital Systems top executive and digital cinema pioneer Jack Kline is now representing Cinity Cinema. “People want big screens, and PLF technology is the most significant installation an exhibitor can make that generates excitement from audiences and makes the movie-viewing experience truly memorable,” said Kline. “Cinity is the only PLF system today with the ability to deliver 120 frames per second in 4K resolution, 3D, and high dynamic range, resulting in the most realistic and most vivid images possible.”

“Today’s theatre owners are facing competition for audiences from a wider range of entertainment options than ever before,” said Kline. “With a proven track record of attracting bigger audiences and generating higher income per screen, Cinity is the clear winner for exhibitors seeking a competitive edge.”