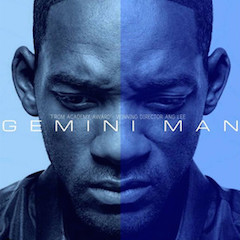 Huaxia Film Distribution recently held a grand launch in Beijing to formally introduce the Cinity Cinema System, which was unveiled earlier this year in Las Vegas at CinemaCon. A trailer of Gemini Man, the new film by Oscar award winning director Ang Lee was shown. Lee used the Cinity Cinema System to produce his latest film, Gemini Man in 4K stereoscopic 3D at 120 frames per second. He screened a trailer of the new film and made a video address to the audience gathered for the event.

"When filming Gemini Man, we paid close attention to every small detail, trying to create a real-life impact with the help of technology. With the revolutionary Cinity Cinema system, we could achieve clearer and truer visual effects,” he said. "In the future, Cinity will lead the film industry into an unprecedented era of film-viewing. I will work together with Huaxia Film to produce more advanced-format movies to drive the long-term development of the film industry worldwide."

"Huaxia Film has been paying attention to the core technologies of advanced-format movie since 2015. In 2017, we began to prepare for advanced-format movie projects. At CinemaCon in Las Vegas this April, we entered into strategic partnerships with Christie Digital Systems and GDC Technology to co-develop a projection system for advanced-format movies, which became Cinity Cinema System," said Fu Ruoqing, chairman of Huaxia Film. "Currently, Cinity has achieved significant progress in product planning and design, project implementation, service operation, marketing planning and pre- and post-stage lab construction. We aim at facilitating the formation of the entire chain of advanced-format film industry - spanning filming, post-production to distribution and projection - through key technological breakthroughs. By doing so, we can help drive differentiation, professionalism and high-end development, as well as promote upgrading of the global film industry."