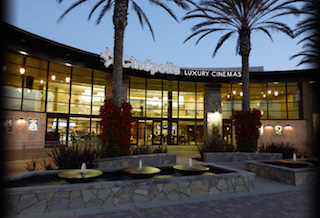 Cinepolis, the largest cinema chain in the region and fourth largest in the world, has installed Mexico's first laser projection system.

Building on its long-term relationship with Barco, Cinepolis chose Barco’s DP4K-60L laser projector.  Barco has been the exclusive provider of DLP Cinema xenon projectors for the exhibitors’ converted and new theaters since 2011, becoming a partner for Cinepolis’ expansion over three continents.

The laser projector is installed in their brand new signature complex, Cinepolis Parque Toreo in Mexico City, featuring 13 screens in total, pioneering a number of new concepts and all outfitted with Barco (laser and xenon) projectors. The high bright laser set-up uniquely maximizes efficiency in color-based 3D from a single projector to provide brighter, constant, rich and uniform images for the most life like and immersive movie presentation available today.

“We are delighted to pioneer high brightness laser-illuminated projection in the Mexican cinema market, which is in keeping with our mission of offering an upscale, family-oriented environment to indulge our guests in an intimate, pampering experience,” said Gabriel Morales, director for technology at Cinepolis. “Barco has been an excellent digital cinema partner, not only providing the industry’s best-in-class projectors but also leading in the local Latin market, with its partnership approach and dedicated overall support experience to optimize our investment in their solutions. Barco Laser was a logical choice in our long standing collaboration including future and leading edge technologies in now well over 3,000-theaters we work together.”

As Cinepolis grows its premium cinema footprint, it maintains a keen eye on the latest digital technologies. “Barco’s DP4K-60L became the logical choice for high-end projection, based on its ability to outperform other models by showing 4K content at 60 fps and 3D movies in full 4K resolution,” said Ivan Cannau, vice president Latin America for Barco.

“Our close relationship with Cinepolis formed during our extensive deployments has been immensely successful, and we applaud their progressive approach to cinema entertainment,” said Ney Corsino, senior vice president, international sales for Barco. “We are committed to helping them reap all the rewards of Barco’s laser-illuminated projector while we continue to support expansion of their circuit across Mexico and other parts of the world.”