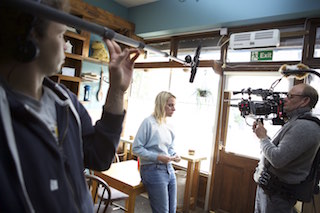 Fleabag is a six-part British comedy written by and starring Phoebe Waller-Bridge, offering a no-holds-barred look at modern womanhood from the perspective of an often-unlikeable young woman navigating London life. Two Brothers Pictures produced it for BBC Three in a co-production agreement with Amazon Studios. 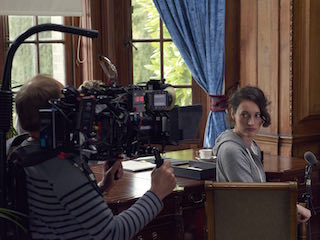 “TV is becoming more like cinema every day, and Amazon Studios encouraged us to be bold,” said Miller. “Most of the great movie comedies shoot 2-39-1 scope, from Woody Allen to Wes Anderson, via the great films of the fifties. [Shooting] 2-39-1 allowed us to cover scenes in one shot, to use the width of the frame for multiple relationships and tensions to exist in that same frame. It is often the complexity of the relationships within the frame that makes this so exciting.”

“I keep coming back to Cooke S4s as the perfect spherical lens, so it was natural to look at the Cooke Anamorphic/i’s for this production,” he said. “They have a very beautiful look, with all the characteristics of the S4s in anamorphic form. I also love the contrast of the Cooke Anamorphic/i‘s - they are true anamorphic lenses with imperfections and drop off. That is what gives them character. The 25mm is a fabulous lens and I enjoyed using this lens frequently onFleabag - up close and personal.”