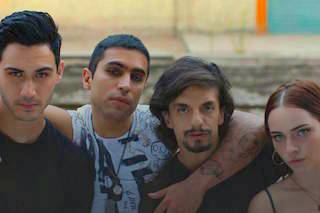 Post-production finishing for the first season of El Club, Netflix’s new young adult dramedy, was recently completed at Cinematic Media in Mexico City. The country’s only full-service facility focused exclusively on cinema and television post, the company handled both sound and picture finishing for the series, now available through the streaming service in Mexico and other Spanish-speaking markets.

Written and directed by Camila Ibarra in her television debut, El Club centers on a group of affluent millennials from Mexico City who get caught up in the dark world of narco-trafficking. The series mixes tense drama, edgy humor and incisive social commentary as its characters negotiate their way through expensive parties, drug deals gone wrong and criminal gang rivalries. “I wanted to give voice to a very specific part of the younger population,” says Ibarra. “Although the show is about rich kids selling MDMA, they deal with the same problems that affect young people everywhere.” 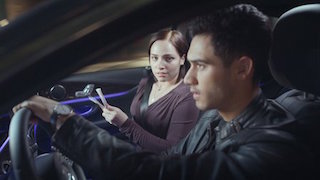 El Club was developed, produced and finished in Mexico. Locally-based Headroom produced the series, providing casting, crew, lighting, camera systems and other production services. It ultimately delivered 25 episodes in less than three months. Interiors were shot on sound stages at Estudios GGM, a sprawling studio complex located 30 minutes from central Mexico City. The studios also supplied offices for Ibarra and her production team and cutting rooms for the show’s editors.

Cinematic Media was involved in El Club from its earliest stages. The facility’s color specialists worked with the series’ cinematographers to develop a look whose bright, poppy colors contrast with its dark theme. The facility processed production dailies and later handled editorial conforming, color, sound editorial and mixing. Final color grading was performed by Ana Montaño, whose credits also include the Netflix series Yankee and Ingobernable.

El Club is part of the current boom in television production in Mexico, and one of a number of new shows that are raising the bar for production value and contemporary storytelling. “Camila has fresh ideas and a willingness to take risks,” says Cinematic Media managing director Arturo Sedano. “We loved working with her and her team. The final picture and sound quality are excellent, comparable to series produced in the U.S. We delivered two episodes per week, conformed, color-corrected and mixed to Netflix standards.”